These are the first 3 matches of La Liga, Match Day 3 of 38. The highlights are appended below the points table.

Match 1 of 10: Getafe CF Vs Valladolid 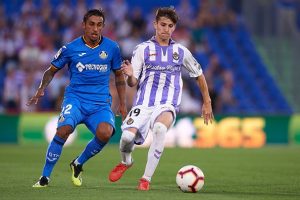 They say there is no certainty in anything. And then Getafe, Valladolid draw 0-0 and never has there been a more inevitable, predestined result in the history of the world.

Your APONKYE has the one of the worst penalty conversion records of all time for a penalty taker…go and argue with VAR for penalties..they robbed valladolid of a draw in your favor and you’re here saying they cheat for Madrid..FOH??

That’s how you start a football weekend! ?

Match 2 of 10: Villarreal Vs Girona 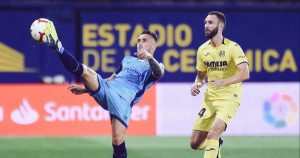 Nice to see Girona get a first win but it’s starting to look worrying for Villarreal. Started brightly but faded badly and now with one point from three games including two home defeats. If things don’t improve quickly after the break we could have our first managerial casualty.

Huge for Girona to keep Portu. They really missed him tonight, despite the win. His tireless running and driving with the ball gives his defence four a lot of time to breathe and regroup, plus he wins free kicks in dangerous areas.

Really well earned 1-0 away win for Girona. Didn’t have lots of the ball but they took their chance when it came and defended brilliantly from that point on. #VillarrealGirona

Match 3 of 10: Eibar Vs Real Sociedad 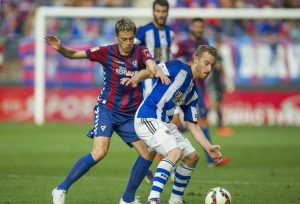 Girona and Eibar get themselves three vital points each. Wouldn’t have tipped either to win tonight. The start of LaLiga has certainly been full of surprises.

As Mendi says, every year we’re fighting the relegation battle. Last year was a similar situation. Hopefully the team is able to gel and stays clear of the relegation zone. Huge win today!

A huge come from behind win for Eibar today, especially since the first game back is at the Wanda. Aupa Eibar!