These are the next 4 matches of of La Liga, Match Day 4 of 38. The highlights are appended below the points table.

Match 2 of 10: Atletico Madrid vs Eibar 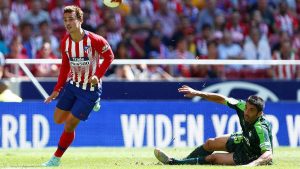 Atlético Madrid labour to a 1-1 draw at home to Eibar and now have a league record of one win in four.

What a contrast after the jubilation of beating bitter rivals Real Madrid in the UEFA Supercup.

Atlético Madrid grabbed a draw.
Barcelona manged to win and if we lose Barcelona will be alone on the top!
There’s no need to be nervous. pic.twitter.com/YIadcz08cJ

Match 3 of 10: Real Sociedad vs Barcelona 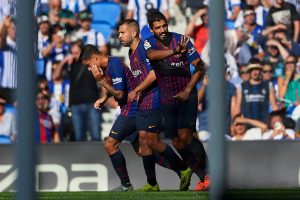 Luis Suárez and Ousmane Dembélé struck as Barcelona came from behind at the break to win 2-1 at Real Sociedad.

Key player in the #UCL this season for the Spanish champions? pic.twitter.com/7RM2jhtICu

That was stressful. That curse is still real, win or not. In the distant future children are going to sit by my feet as I tell tales about how FC Barcelona seemed to enter an alternate dimension when they set foot in the Anoeta. It’s like the mirror universe in Star Trek.

Match 4 of 10: Valencia vs Real Betis 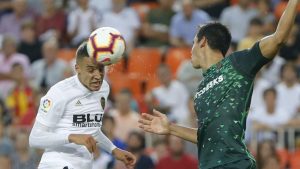 This is exactly why we haven’t been winning the league…Draw with Atleti, lose against Valencia…draw at Elche..Repeat! 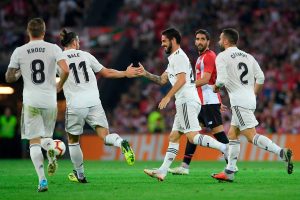 Real Madrid fans crying about a) their team being fatigued and b) that Athletic players were very physical.

In response:
a) It's mid September, the season has barely started ffs.
b) WTF did you expect? We are Athletic! Prepare for battle every time you big softies.

As much as I hate Cristiano right now, but I have to admit, Real Madrid wont be the same without him.
These are the types of matches were he used to show up and get the 3 points for the team.

Marco Asensio is
way overrated because he plays for Real Madrid and only shines one or two times on spotlight on him.