These are the first 5 matches of LaLiga, Match Day 12 of 38. The highlights are appended below the points table. 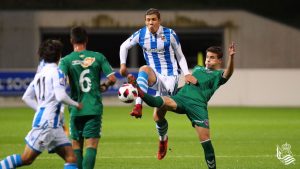 I saw Adnan Januzaj star yesternite for Real Sociedad in their comeback 3-1 win over Leganes & i was tempted to ask what could have made the Belgian not succeed at Man Utd?Or is that some players are not just cut for big clubs? i.e. Zaha, Alcacer, Caroll etc 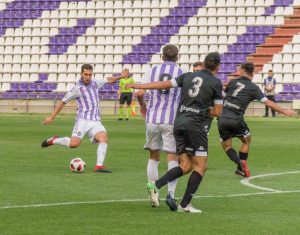 Real Valladolid were held to a goalless draw at home by 10-man Eibar with Anaitz Arbilla picking up his 2nd caution of the game in the 2nd half. #SSFootball

I also missed Valencia do a win? For the second time in one week?! Are they feeling ok?

Full time in our afternoon @LaLiga match sees @valenciacf hold on for the victory! ??

▪️It’s Valencia’s 2nd win of the season that sees them edge away from the danger zone ?

▪️Parejo scores the goal from a penalty with help of VAR ?

For the last two matches, move on to the next page!