These are the first 5 matches of LaLiga, Match Day 16 of 38. The highlights are appended below the points table. 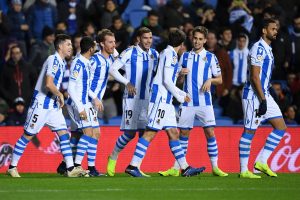 According to Spanish outlet Cadena Ser, Atletico Madrid tried to sign Christian Pulisic but Dortmund said there is an agreement in place with an English club already. Interesting. pic.twitter.com/XDok8g9TCQ

Antoine Griezmann scored a brace on his 300th LaLiga appearance as Atletico Madrid moved level on points with leaders Barcelona courtesy of a 3-2 win over Real Valladolid. 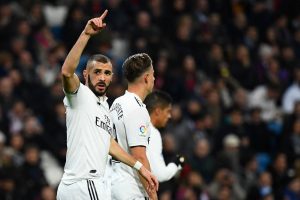 Horrible game to watch, as nothing happened in the second-half expect for Sergio Ramos’ disallowed goal and two chances for Rayo at the death…and Real Madrid win the derby! #HalaMadrid pic.twitter.com/jL2wtgw8pH

Solari’s Real Madrid moved to 3rd on the #LaLiga table after a 1-0 win at home against Rayo Vallecano. Karim Benzema scored the only goal of the game in the 13th minute pic.twitter.com/zxPQiOXmOA