These are the first two matches of of Serie A, Match Day 16 of 38. The highlights are appended below the points table. 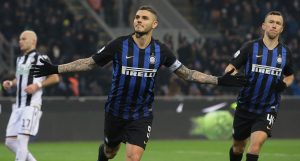 Inter Milan getting a 1-0 win today because of a penalty that was awarded after VAR picked up on a handball the referee missed. Hurts watching that when you’re a Newcastle fan and you know VAR could of stopped all the shit we’ve been through this season with refs ?? #NUFC ⚫️⚪️

Mauro #Icardi delivered once again for #Inter as they edged past #Udinese at San Siro.

if you missed the game, our recap is here: https://t.co/9DcDqxXoUF #InterUdinese ⚫️?

@inter travel to Chievo next, followed by Napoli at home. I know some will disagree, but both are must win games for me. #amala 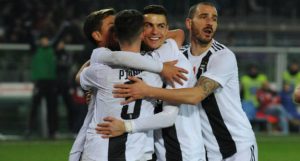 #Torino 0-1 #Juventus FT : Disappointment again for Toro in the #DerbyDellaMole as Cristiano Ronaldo’s penalty wins the game for the visitors after a horrendous mistake by Simone Zaza. #TorinoJuventus

15th win of the season

First team in Serie A history to score 5000 goals pic.twitter.com/FscQIw7cv3

Mandzukic is the worst striker.. if Juventus wants to win the champion league they have to bring someone else. #JUVENTUSXMAS #Juventus