These are the next 4 matches of LaLiga, Match Day 9 of 38. The highlights are appended below the points table.

.@GetafeCF take all 3 points in the Madrid derby as @RayoVallecano ⚡️ are still to win their first home match since returning to @LaLiga.

Dull first half, sensational second half. If Rayo played like they did for the last 15 minutes all season they’d be alright. pic.twitter.com/OZgBbqVR6C

Match 7 of 10: Eibar vs Athletico Bilbao 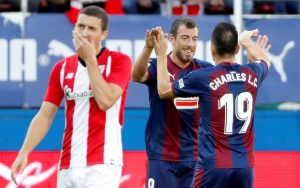 Eibar have been all over Bilbao in this first half and in the second half is usually where they find most of their goals having scored 70% of them in that half this season! Bilbao are yet to win away from home conceding 1.5 goals per game so we expect Eibar to find the net again.

Eibar’s a smart team, especially when it comes to combatting high balls, crosses etc. Athletic are a better side technically and need to show it – not get involved in a slugfest type situation. 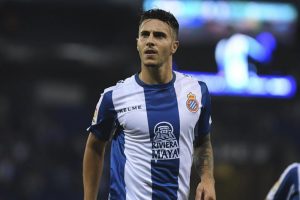 Barça went on to win the league that year w/ 84 pts.

Match 9 of 10: Real Betis vs Valladolid 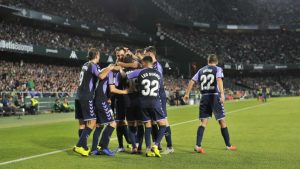 Real Betis have not scored a goal in 10 first half games this season. No goal threat and sucker-punched on the break (again) to Real Valladolid. Antoñito, a Betis fan, with the goal.

Valladolid pretty much the worst team in LaLiga to fall being 0-1 to, when you’re at home. It’s going to be an extremely long half for Betis. It’s Lo Celso time already. Maybe even a second CF.