These are the next six matches of of Serie A, Match Day 9 of 38. The highlights are appended below the points table. 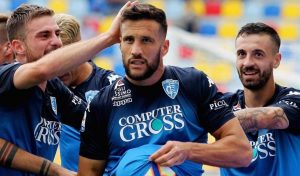 Frosinone and Empoli has been immense! The 3-3 draw will do none of them any good but they have entertained it getting it to here. Still time to go #FrosinoneEmpoli

Incredible performance in the 3-3 draw vs. #Frosinone. pic.twitter.com/PN8Ns0W9PO

2 – This is the second time this calendar year that a Serie A player has scored a goal and conceded an own goal in the same match – both times it was Matías Silvestre. Vice.

#FrosinoneEmpoli Frosinone is 1-0 up thanks to a comical own goal by Matias Silvestre. The cross from the right wasn’t particularly dangerous but the Empoli defender made a mess of that attempt to clear the ball. 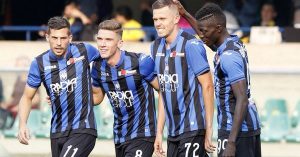 Changed formation and got the reaction we wanted. 2 clean sheets against 2 well organised sides & 6 points to kick start our season.

A brilliant win and a fantastic team performance @Atalanta_BC What a hat trick from Josip Ilicic. Some great goals. We are well and truly back to our best based on this performance. Grande! ????#ChievoAtalanta #GoAtalantaGo

Atalanta only have two wins this season. In both of those wins, they won by a goal differential of 4 goals. 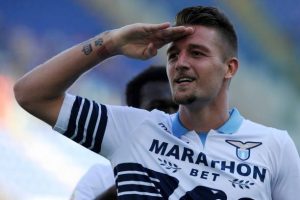 Big big win for Lazio after a very dull first half. Some signs of progress from Milinkovic Savic, but still no vintage Milinkocrazia- once again Immobile was decisive

Parma were minutes away from holding Lazio to a draw but it wasn’t to be. Ciro Immobile, from the spot and Joaquin Correa struck late to hand the visitors a 2-0 win. pic.twitter.com/hfGOJcs7rk 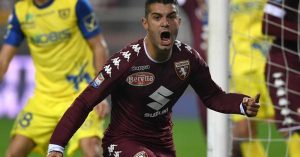 Fit again Godfred Donsah returns to Bologna bench in their 2-2 draw at home against Torino.

Josip Ilicic netted a hat-trick as Atalanta cruised past 10-man Chievo 5-1, while Bologna & Torino played out to a 2-2 draw #SSFootball

Looool right tho. Looks like bologna Torino is going to end up a draw now so that’s good actually. Just Parma to score now

For the next two matches move on to the next page!