This is the next 4 matches of LaLiga, Match Day 7 of 38. The highlights are appended below the points table.

Match 3 of 10: Athletico Bilbao vs Villarreal 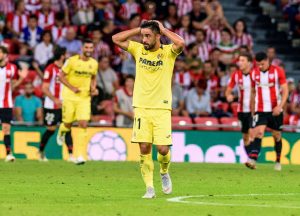 #PLInternationalCup | 0-1 ? 65′ | GOOOOOOAAAAAAALL from the penalty spot by @mukwelle_akale!!! ???? Villarreal’s American striker wins the penalty and converts to give the Yellows the lead against @SwansOfficial U23s!

Back to the training ground tomorrow for a full day of sessions #AthleticClub #Bilbao pic.twitter.com/UKURkU7Cnl

Match 4 of 10: Leganes vs Barcelona 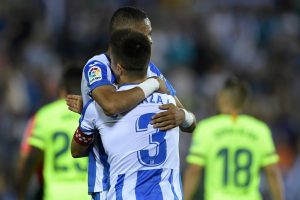 Barcelona lose a LaLiga away match as league leaders against the team who were bottom of the league at the time for the 1st time since 19 October 1986, a 1-0 defeat at CR Murcia. #LEGBAR #LeganesBarca @CDLeganes #FCBLive

? Ernesto Valverde: “It’s a difficult moment, but Saturday’s game is important and in front of our own fans. We have to pick ourselves up and we hope everyone can help us” #LeganésBarça pic.twitter.com/9Ntitxjc5k

any body that wins bet9ja this midweek can be concluded he uses jazz…???
Man U Lost To Derby County..
Bayern Drew Augsburg…
Barcelona Lost To Leganes…#LeganésBarça
Liverpool Lost To Chelsea… #LIVCHE
Now Real Madrid is trailing 3-0 to Sevilla at the interval…
Bet9ja: pic.twitter.com/SlYPv1h7Ne

Barcelona and Real Madrid haven’t both lost in the same round of games since January 2015 (when Valencia beat RM 2-1 and Real Sociedad beat Barça 1-0 in jornada 17).

Match 5 of 10: Valencia vs Celta Vigo 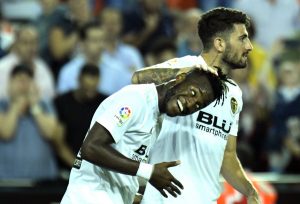 Elsewhere Valencia still looking for first win of season – in any competition – after Celta get late equaliser at Mestalla. Five draws and just four goals in first six LaLiga games for Los Che.

Batshuayi scored his first Valencia goal for the match to end in yet another draw.
My team.

Match 6 of 10: Sevilla vs Real Madrid 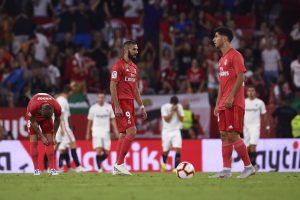 ‘Do you know what was the result of the Sevilla-Real Madrid game. 3-0. Do you know what this means. 3-0. But also means three consecutive Champions League titles to Real Madrid in the last three years alone and nil for the amount of CL titles Sevilla have won in their history’ pic.twitter.com/GrwtOHk4dw