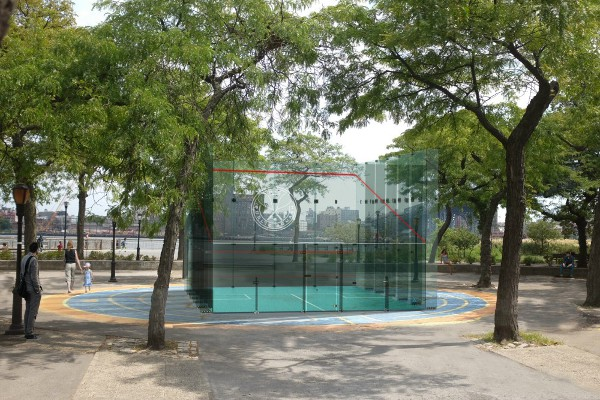 USA: The world’s first public squash court in New York City was unveiled. A pioneering initiative project of the Public Squash Foundation, whose goal is to give public exposure to Squash and thereby offer free access to it in public places.

The new squash court, at Hamilton Fish Park on Lower East Side, is the latest addition to the NYC Parks’ Adopt-a-Park program installed on one of the park’s four handball courts. The court has added beauty to the landscape. As a reporter wrote in the local media – This amazingly cool court looks more like an Apple Store glass cube than a fitness facility.

The manufactures of the inaugural all-glass court are ASB Squash, who according to reports have installed 7,000 squash courts in 70 countries all over the world. The New York open court, is modelled on the ASB Show Glass Court used in the leading world tournaments, which include PSA World Tour events, WSF World Championships and Commonwealth Games. However, it has been modified and made suitable for the outdoor environment.

The court is funded by nonprofit Public Squash and will be available free – without any fee. To create awareness and knowledge about the game of squas, the public will be offered free clinics throughout the summer.

The court in brief:

According to an understanding to promote Squash, the ASB management has shown interest and committed to continue its cooperation with the World Squash Federation (WSF) and Professional Squash Association (PSA). The common objective is to encourage other cities, local federations and communities in the USA and all over the world to follow the New York example.

“We hope this is the just the beginning of more courts and more cities embracing this Public Squash movement.” 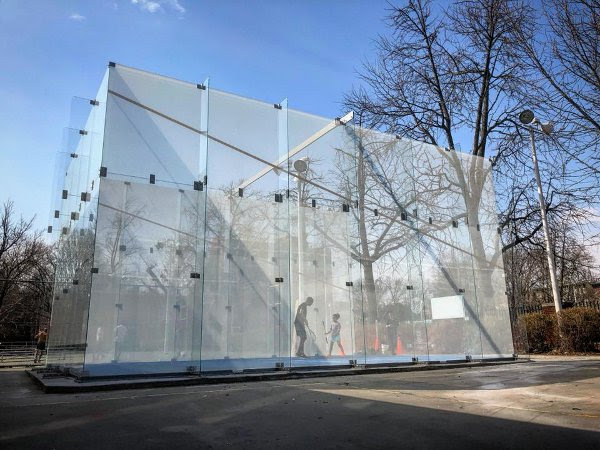