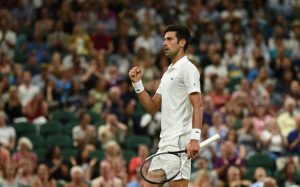 Rafael Nadal despite losing the semi-final of Wimbledon 2018 to Novak Djokovic, maintained his No. 1 ranking. So was the case with Roger Federer, who although was ousted in the quarter finals but still remained his No. 2 position.

Meanwhile, Novak Djokovic who was crowned the Wimbledon title jumped 11 ranks up to place himself at the 10th position. Other upgradations included that of Kevin Anderson whose runner up position at the Wimbledon 2018 allowed him to break into the Top 5 tennis rankings.