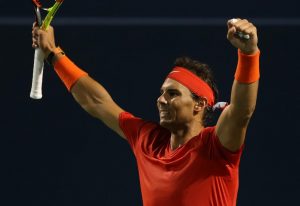 The reigning World No.1 tennis player, Rafael Nadal beat unseeded Stefanos Tsitsipas to win the Rogers Cup and extended his dominance in the sport.

Rafael Nadal Parera is a Spanish national and a professional tennis player. He recently won the French Open 2018, lost the Wimbledon semi-final to Djokovic and now regained his status as the tennis master by winning this tournament.

On the other hand Tsitsipas, who turned 20 today, recently, beat Dominic Thiem, Novak Djokovic and Alexander Zverev, after finally being beaten by Rafael Nadal, 6-2, 7-6(4).

“Congratulations Stefanos for a great week – and happy birthday!”@RafaelNadal with some lovely words for the birthday boy today.#RogersCup pic.twitter.com/UBl5x6eqKA

Stefanos Tsitsipas in his post match press conference about how it feels to play against Rafael Nadal:

“And the patience that Rafa has is amazing. He never cracks. He will always grab you like a bulldog and always will have you — he will always make you suffer
on the court.” pic.twitter.com/TBnb0euu4x 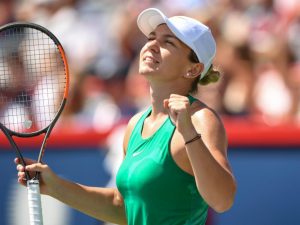 This battle lasted over 2 hours and 41 minutes, and left the two players routinely bent over, battling for breath, but it was the French Open winner who finally overcame over the American Stephens.

Simona Halep has lost one match in her last three tournaments. The World No.1 wins her 2nd @CoupeRogers d. Sloane Stephens 76 36 64 in 2h41m.

Tough, physical week for Halep and an impressive run to her 3rd title of the season (d. Pavlyuchenkova, Venus, Garcia, Barty, Stephens).

Sloane you played 100% this one was closer than the FO final. Girl, I am so proud of you! This year what I love is the FIRE and the FIGHT! You will beat Simona Halep again I believe it! You are an amazing champion and I am rooting for you. Proud of your FIGHT today.??