This is Part 2 of Top 10 Deadliest Sports. Part 1 covered the first 3 deadliest sports. In Part 2 additional 4 sports are being covered.

Sports can be thrilling but they can also be very dangerous as they can cause severe injuries or in worst cases even death. Below is a list of such sports that if not approached correctly have proven to be quite deadly. 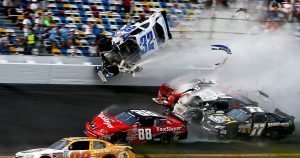 Speed is what humans crave the most and Car Racing is the living example of it. Whether it is off-road racing, circuits, track racing or open courses people nowadays take hug interest in all of these races.

Millions of dollars are spent on bikes, cars, equipment, advertising etc. and despite all this money spent every year, no one can guarantee a driver’s safety in these sports.

On the other hand, drivers are also more concerned with winning than protecting themselves from life-ending accidents.

Dangers In This Sport

Common injuries in both these sports are almost the same. Some of them include excessive blood loss, smashed bones and brain injuries.

The equipment used in Car racing don’t really help that much as colliding at express speeds leaves the helmet or protective gear into shattered pieces. 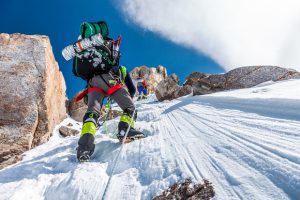 Some people just love climbing while others have a passion for it. Then there are those who don’t really like to climb small hills, mountains etc. As, their major goal is to climb high altitudes like the Mount Everest of the Himalayas etc.

Although, climbing high altitudes is not an issue if you approach it in a sensible way. However, it becomes a problem when you become obsessed with it. Unfortunate accidents like falling or getting stuck are some of the things that a climber faces if he climbs above and beyond his limit.

Moreover, loose rocks have also become the cause of fatal accidents in the past and that is why only sheer vigilance can help you identify loose rocks while climbing.

Furthermore, the idea of climbing un-roped is also followed by numerous people as they try to reach their utmost thrill level. This is the most dangerous form of climbing and the chances of you falling from a considerable height become much higher. 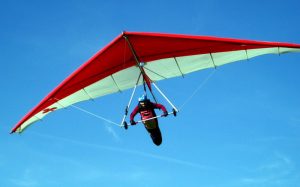 The last one we have included from the deadliest sports list is Hang Gliding.

Gliding is often considered to be a freeing experience however, it is almost the most dangerous one. In a recent study, 1 in 560 individuals die while engaging in this recreational sport while countless face injuries every year.

The equipment itself is quite challenging and a person needs to be highly skilled before he attempts this sport. Although, hang gliders do wear a parachute, however they are not really useful as most of the accidents happen near the ground.

Moreover, hang gliding is done mostly by amateurs with little or no supervision and that is why the chances of them getting into accidents is much higher. 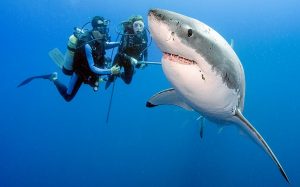 Also, known as Scuba Diving, this sport is gaining popularity among thrill seekers at a very fast rate. Considered as a recreational sport, deep sea diving involves an individual to explore the underwater life beneath the ocean.

Furthermore, tissue damage, rupturing a lung, ear-drums are all the possibilities that a diver should be very well aware of while attempting this sport. The list doesn’t here as after this comes the danger of deadly sea animals like sharks and other deadly creatures.

Moreover, failure of diving equipment is also a major concern that deep sea divers have to face while diving into the depths of the ocean.

Surprisingly, even professional divers are not safe from the above-mentioned dangers as despite taking all the precautionary measures, it is never too safe to attempt this sport without considering the possibility of your death out of the equation.

This is the end of Part 2. Part 3 will cover the remaining 4 deadliest sports in the present world. So, stay tuned and don’t forget to comment down below and let us know your thoughts.