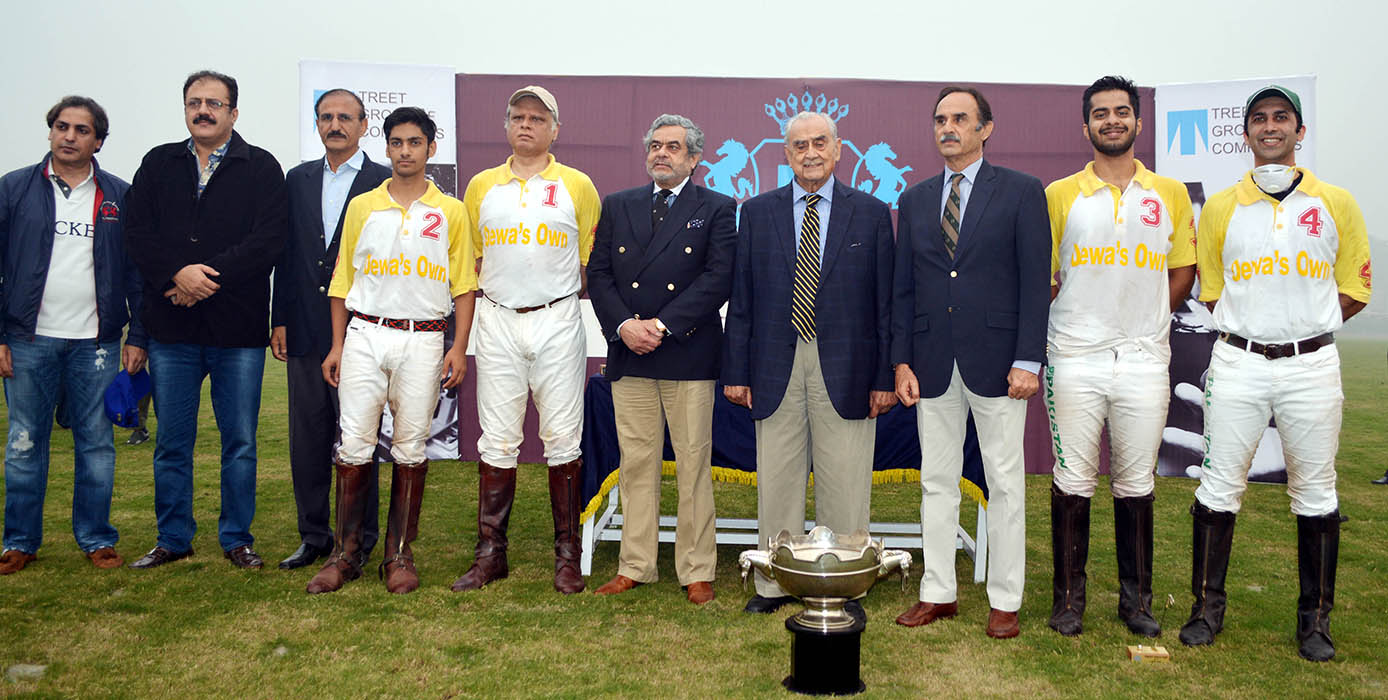 The final started on a high pace, as both the teams attacked each other’s goals one after another and succeeded in converting two goals each in the early part of the first chukker. Saqib scored a brace for Dewa’s Own and Bilal Haye and Bilal Noon converted one goal apiece. In the dying moments of the first chukker, Dewa’s Own players changed the gears and pumped in two goals to give their team 4-2 lead.

The second chukker was evenly poised as both the sides scored two goals each to make it 6-4. Mumtaz Abbas Niazi (2 goals) were scorer from the winning side while Bilal Haye struck twice for the losing side. Dewa’s Own continued their dominance in the third chukker as well as they added two more – one each by Mumtaz Abbas and Emran Akhtar – to take 8-4 lead which was reduce to 8-5 by Bilal Haye who converted spot penalty successfully. The fourth and last chukker was fully dominated by Dewa’s Own, who hammered hat-trick through Saqib (2 goals) and Mian Mustafa Aziz (1 goal), to finish the final having 11-5 lead.

Earlier in the subsidiary final, Dawood Group edged past Terra Energy by 4½-3. Mohsin Atta Khan Khosa played sublime polo and hammered all the four goals for Dawood Group, which had half goal handicap advantage. From Terra Energy, Ahmed Bilal Riaz scored a brace while Haris Haroon Malik hit one.