Switzerland: The World Baseball Softball Confederation today unveiled the Game schedule for the U-15 World Cup 2018 to be held in Panama from 10-19 August.

The world’s top tournament in the U-15 youth category and Official World Championship — which will feature the world’s best baseball players born in 2003-2005 — will be contested over 50 games and in three stages:

“These 50 games of the IV WBSC Baseball World Cup in Panama will determine which nation possesses the best U-15 baseball team and players on the planet,” said WBSC President Riccardo Fraccari. ”

This global tournament with nations participating from all corners of the earth — also showcases our sport’s geographic footprint, connection to youth and bright future of hitting one billion players, fans and followers by the next decade.”

Through the Continental Championships/Qualifiers, the U-15 Baseball World Cup features the top nations and players from the Americas — North, Central, South and the Caribbean — Asia, Africa, Europe and Oceania.­

Nations in Group A: Will begin the global competition for the Title of World Champion at the new US$ 16 million, 8,500-seat Estadio Kenny Serracín in David -Province of Chiriquí.

Nations in Group B: Will battle at the 3,000-seat Estadio Rico Cedeño in Chitré (Province of Herrera). 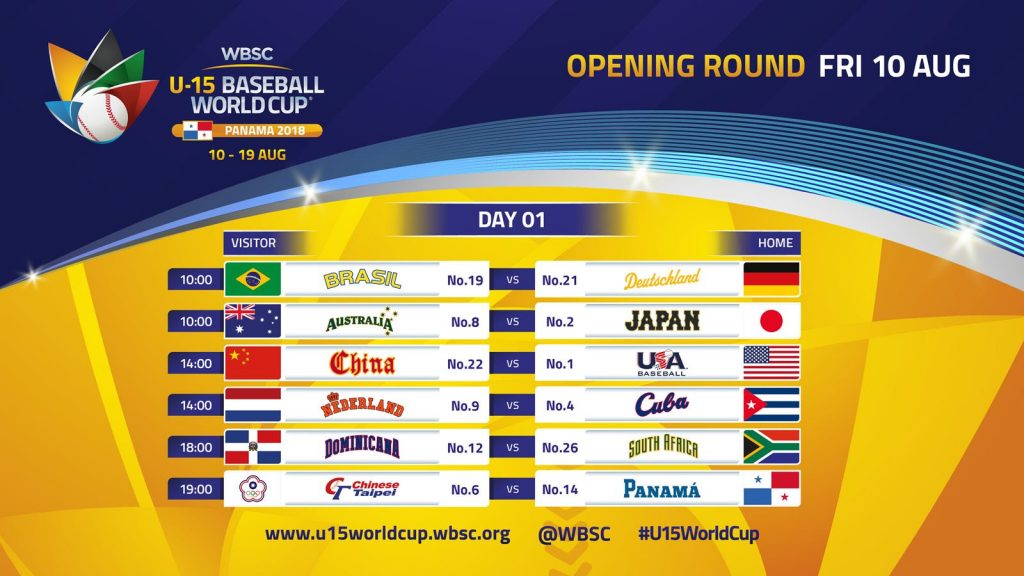 Game 2: Asia and Oceania’s U-15 continental champions — Japan and Australia — will collide.

Game 6: Host Panama will open with the Asian continent’s U-15 runner-up, Chinese Taipei. 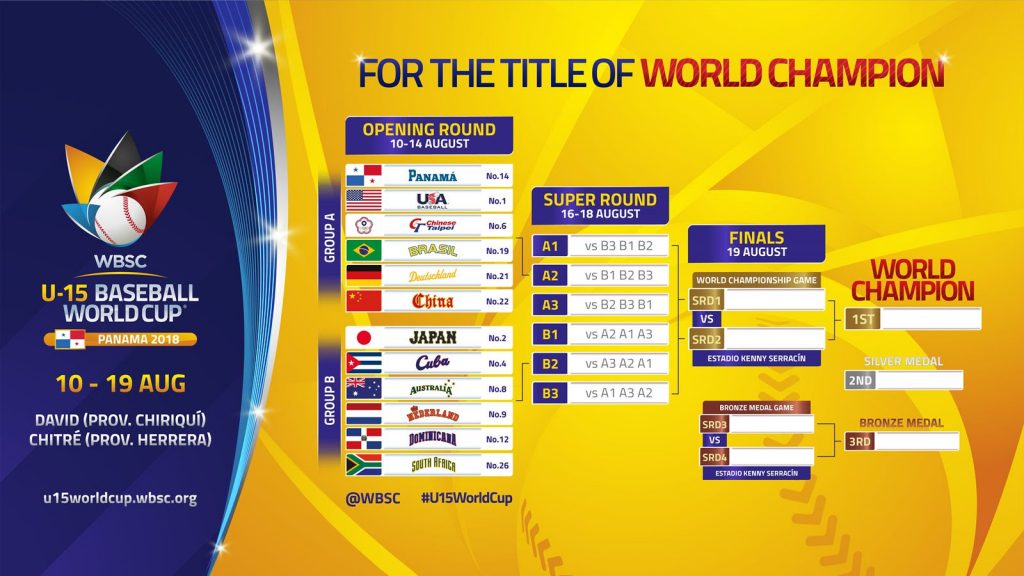 The top two nations in the standings following the Super Round will play For the Title of World Champion on Sunday, 19 August, at 18:00. The 3rd/4th Place Bronze Medal Match will be staged at the same venue at 13:00.

The previous U-15 Baseball World Cup (2016) had a total broadcast reach of over 60 million households and attracted online viewers from 192 countries and territories.