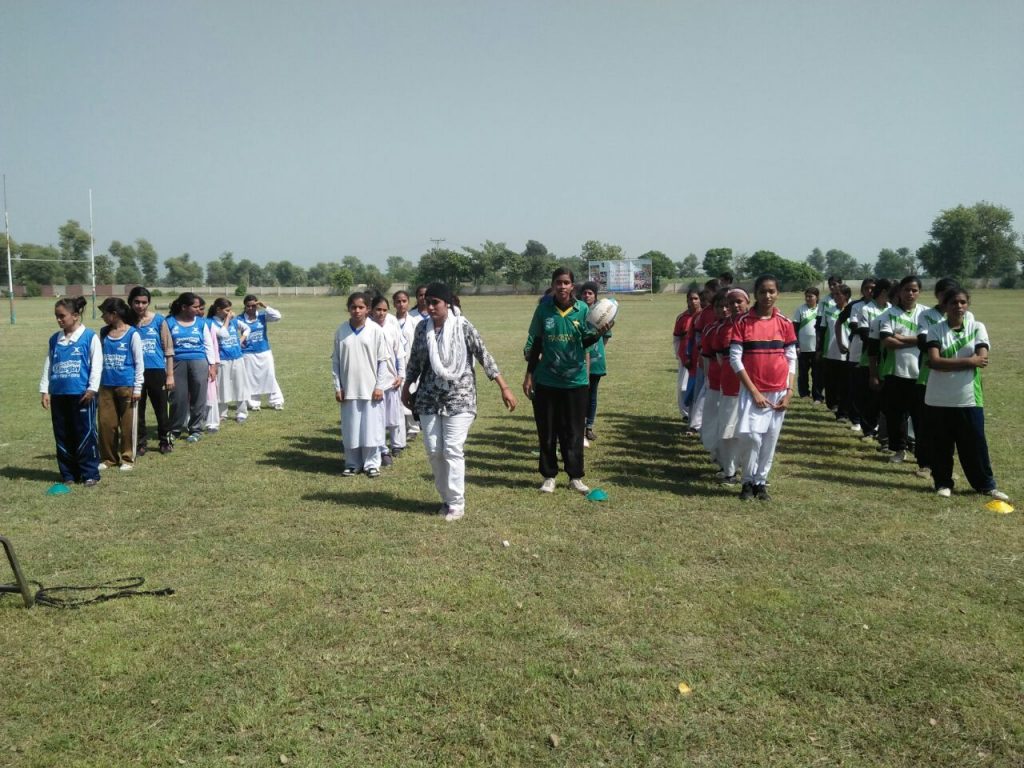 The Under 18 Girls Championship was organized by Pakistan Rugby Union at Lodhran Rugby Stadium. A one day sevens event the championship was contested by 5 teams – Dunyapur, Karachi, Kot-addu, Lodhran and Vehari. The Championship was won by the Karachi Girls by beating Vehari. The match wise results were: – 1st match of the day Vehari beat Lodran by 15-0, – 2nd match Karachi beat Kotaddu by 20-0, – 3rd match of the day Dunyapur beat Lodhran by 5-0, – 4th match Vehari beat Dunyapur by 15-0. After round matches, the teams of Vehari and Karachi qualified for the final while Dunyapur and Kot Addu teams to compete for the 3 and 4th positions. The results of the position matches were: – 3rd and 4th position: Dunyapur beat Kot Addu by 5-0 and got 3rd position. – The final: was a very well contested match between Karachi and Vehari teams. In first half none of the teams was able to score a try but during the 2nd half during the last moments, the Karachi girl Sahar scored a beautiful try and enabled her team Karachi to win 5 – 0.