SWITZERLAND: The World Baseball Softball Confederation (WBSC) today announced the groups and a schedule 54-game schedule for the XII WBSC Junior Men’s Softball World Championship, which will be played from 7-15 July in Prince Albert, Saskatchewan, Canada.

There are 13 National Teams competing for the Title of World Champion. These teams have been placed into two groups and the competition method will be on round robin basis. 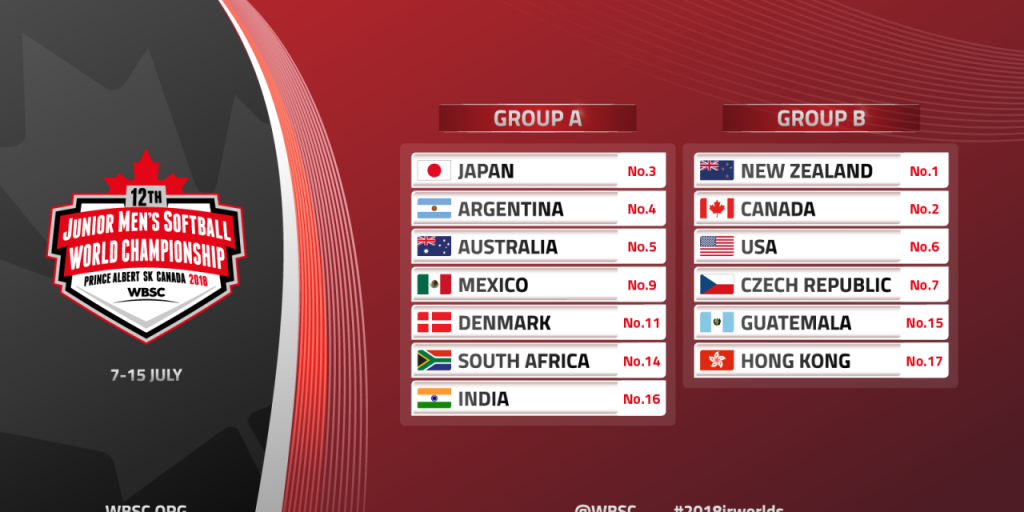 The leading four nations from each of the groups will advance to the playoffs.

This will be the first time that the Guatemalan and Hong Kong Junior National Softball Teams will be making their historic World Championship debuts.

The WBSC Softball Division Chairman Mr. Tommy Velazquez said that
“This global showcase will feature the top young under-19 men’s softball players in the world and National Teams from five continents,”

“The hosts in Prince Albert are ready to roll out an exciting world stage for these elite athletes, who will have 54 games to prove who’s the best in the world.”

“The host committee, along with the city of Prince Albert, is extremely excited to welcome the world in July! We are thrilled to be bringing world caliber softball to our city and province.”

On the Opening Day (Saturday, 7 July), there will be in total seven games at Prince Albert’s Max Power Ball Parks. The Mexico and Denmark’s game at 10:00 a.m. will be the first and officially serve as the opener.

After the Opening Ceremony at 6:00 p.m, the host nation Canada will take on neighbouring rival United States at 7:30 p.m.

Tickets sales for the tournament have been launched, with Early Bird specials now available. Children under the age of 12, accompanied by their parent, are free of charge.

The World Baseball Softball Confederation (WBSC) is the world governing body for baseball and softball.

Based in Lausanne, Switzerland, WBSC has: