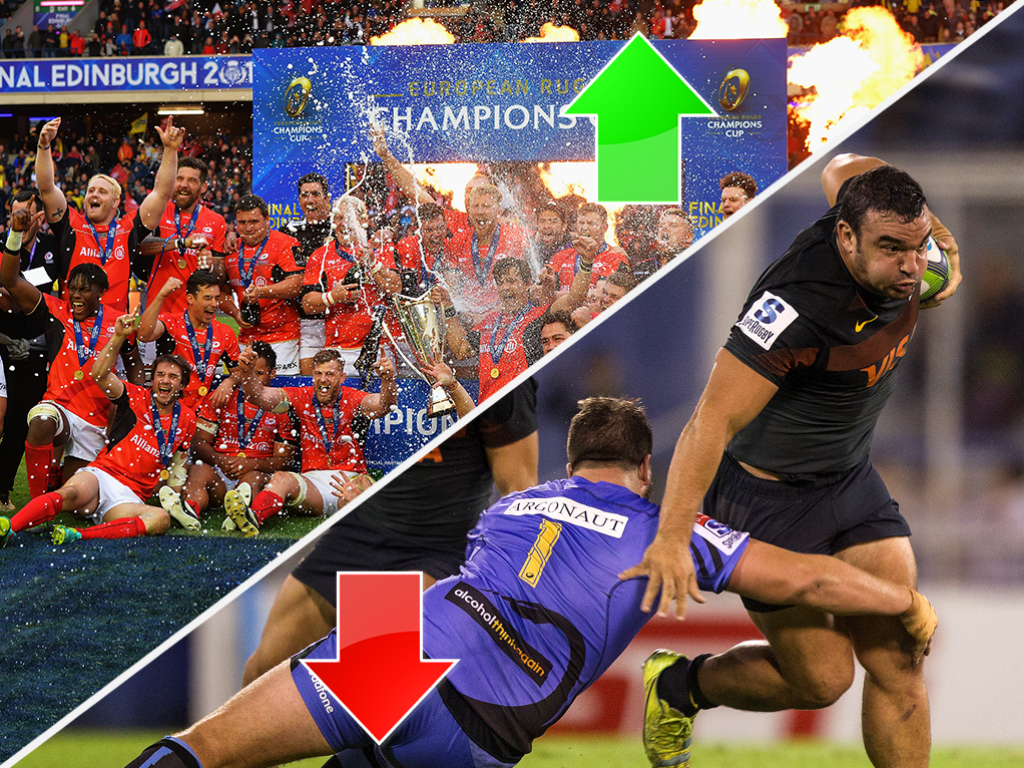 It’s time for our Monday wrap of who has their name in lights and who is making the headlines for all the wrong reasons.

Saracens: Just the fourth team ever to win back-to-back European titles, and it required Saracens to dig deep after Clermont fought back so valiantly at Murrayfield. That title-winning experience from last season shone through as Saracens kept calm under pressure to find the winning try through Alex Goode, before Owen Farrell’s penalty confirmed victory. A very tough Premiership semi-final away to Exeter now awaits, but the double double is still on.

Crusaders: So smart in their approach to shutting down the Barretts as the Hurricanes never got going. The tight five reigned supreme in the set-piece battle, especially at scrum time, but Matt Todd and Ryan Crotty both deserve plenty of love after two more shifts full of graft to help the seven-time winners stay unbeaten.

Blitzbokke: A first Series win since 2009, and without question South Africa have been the best side going in this year’s World Rugby Sevens Series. Getting the better of Scotland in Paris secured a fifth title out of nine, and what is most impressive is how they have won the Series with a round to spare despite missing key players like Seabelo Senatla, Justin Geduld and Kyle Brown. Huge respect.

Scotland Sevens: No victory in Paris but Calum MacRae and his players did Scotland proud with a brilliant run to the final, the highlight of which was undoubtedly defeating Fiji 24-0. Getting one over old rivals England in the semi-final will have tasted sweet as well, with more players from Scotland than any other country making the official dream team in Jamie Farndale, George Horne and Mark Robertson.

Kings: Three wins in a row! Things just keep getting better for the Port Elizabeth franchise after they edged out the Sharks in front of a huge crowd at Nelson Mandela Bay Stadium. We have been highly impressed by new faces each week putting their hands up for the Kings, and it was turn of 34-year-old Alshaun Bock with his double this time around, while Lionel Cronjé was excellent again. Pieter-Steyn De Wet’s winning try sparked great scenes in PE.

Geoffrey Doumayrou’s try: It took a moment of magic for Stade Français to edge ahead of Gloucester and Doumayrou supplied it, winning the praise on commentary from a man who knows a thing about playing centre in Brian O’Driscoll. A class finish that sent Stade on their way to a first European title.

Malakai Fekitoa’s winner: A match-winning moment from the All Blacks centre which could prove to be massive in the hunt for a wildcard place for the Highlanders. Fekitoa showed just how talented he is with that fend and break in the wet at Loftus before diving under the posts. Steve Hansen will have taken note.

Jaguares: A side bursting with internationals and Argentina’s best can only manage six points at home to the Force? Yikes. Things are going rapidly downhill in Buenos Aires for head coach Raúl Pérez, because this is far too good a group of players to be suffering defeats like the one on Saturday. Their execution was unbelievably poor and serious questions now need to be asked about the direction of the franchise under Pérez and his coaching staff.

Brumbies: Kept the Lions honest enough but even with their South African visitors producing their worst performance of the season, full of dropped passes and mistakes, the Brumbies still couldn’t turn them over. Australia’s “best” franchise have 12 points less than New Zealand’s worst (the Blues). And the sad thing is, a low total might still be enough to make the play-offs.

Bulls: Following Saturday’s defeat, a statement released by the Bulls announced a “wide-ranging consultation” as part of a “turnaround plan” to get the struggling franchise going again. Saturday was not their worst performance of the year, but, when you factor in the abysmal conditions and how the old Bulls pack would have dominated those encounters, conceding 21 turnovers was unacceptable.

Waisake Naholo and RG Snyman: Two dumb red cards that will end up before judicial hearings in the coming days. Naholo’s on Burger Odendaal could be argued as harsh, but under the directives regarding head contact there is zero tolerance and this showed a lack of awareness. Snyman’s was worse, a shoulder charge right to the head of Greg Pleasants-Tate at the ruck when the Bulls were metres from the Highlanders’ line. The defeat will have hurt enough, but a ban should follow.

Fiji Sevens: Stunned by Scotland and after the highs of 2016 with a Series title and Gold in Rio, this has been a frustrating Series for Fiji, with just one title win in Hong Kong and having lost that aura which helped propel them to success last year.