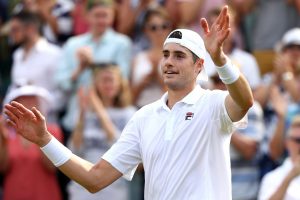 Semi-finals sealed with a winner@JohnIsner will face Kevin Anderson in the last four of #Wimbledon pic.twitter.com/1aGgrXkLsn

Great effort from the Canadian to defend his points from the previous year. We’re proud of you, Milos!

John Isner is through to his first Grand Slam semifinal! 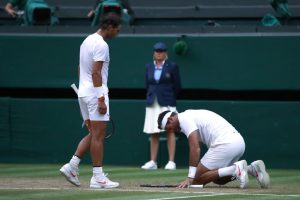 The victor and the vanquished. Sportsmanship at its finest.

He had to work for it, but @RafaelNadal is into the #Wimbledon semi-finals…

…with Novak Djokovic up next pic.twitter.com/vdtWSuI3Hi