Allsportspk presents to you the highlights of the Quarter finals of day 9 of men’s singles of the Wimbledon 2018. 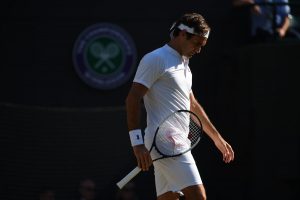 The thin line between victory and defeat.

“There are moments that you rise to the occasion, and I didn’t. It just happened that today wasn’t the day.”

After 11 #Wimbledon match wins in a row, we bid farewell to our eight-time champion – until next year, @rogerfederer. pic.twitter.com/gullVyRGeh

One of the biggest comebacks #Wimbledon has ever seen?

The defending champion is OUT.

Roger Federer is beaten in the quarter-finals at Wimbledon by eighth seed Kevin Anderson. 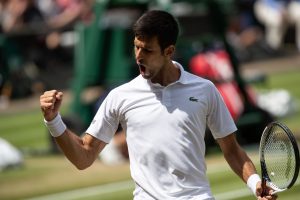 In fine fettle…@DjokerNole takes the advantage in his #Wimbledon quarter-final against Kei Nishikori, winning the first set 6-3 pic.twitter.com/z2ND6ne2xm

A first #Wimbledon semi-final since 2015 for @DjokerNole

Our three-time champion remains in pursuit of another title, beating Kei Nishikori 6-3, 3-6, 6-2, 6-2 to reach the last four pic.twitter.com/f2WXaax4H3

“It feels great to be in the last four. I feel like I’m peaking at the right moment”

For more Highlights of Men’s Singles move to the next page!