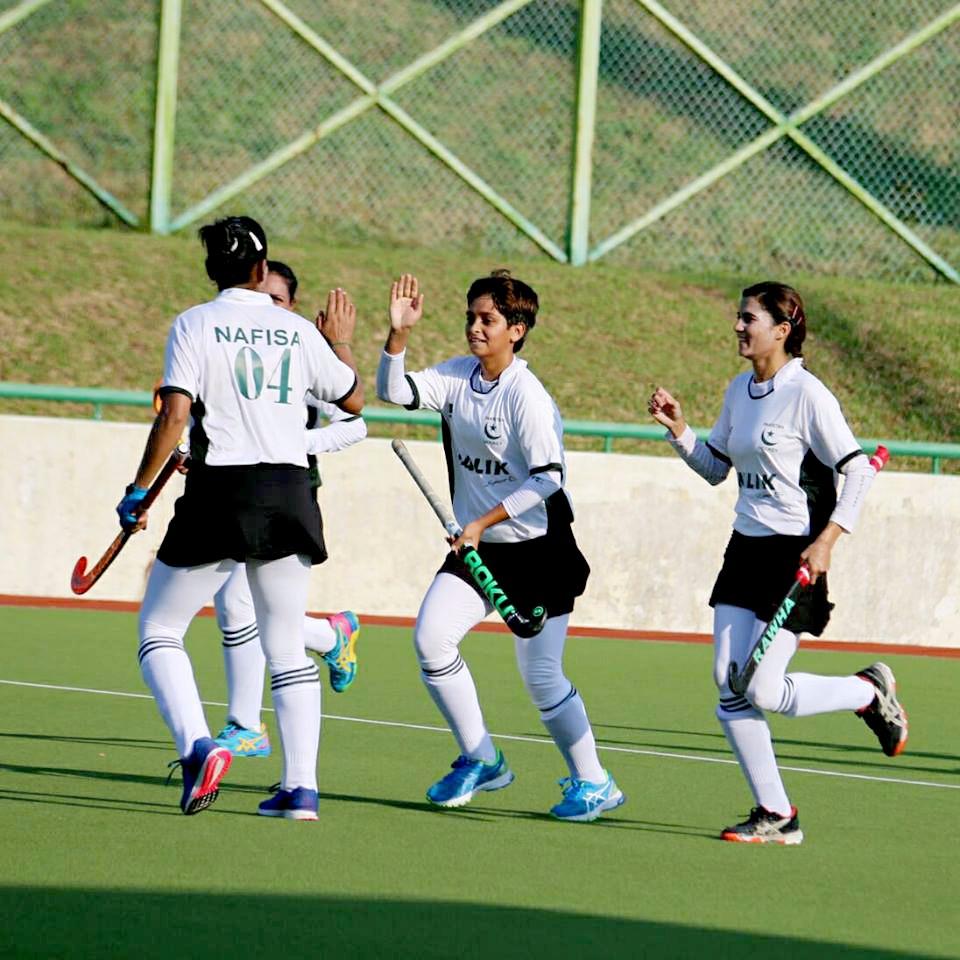 Hamra,  scored all her three goals in the first half. Two came via open play while she completed her hat trick on the cusp of half time with a penalty corner conversion.

Pakistan added one goal in the second half. Ambreen Arshad cashed on on a penalty stroke.
SCORERS:
Hamra Latif 3 (18′, 20′, 30′) & Ambreen Arshad (51′)
After the completion of the first round of the double league, Hong Kong China leads the three team competition, having won both their matches. Pakistan are second with one win and one loss. Brunei have lost both the matches.
Pakistan next plays Hong Kong China on Thursday.