The second match of the semi-finals was held of the ongoing FIFA World Cup 2018. The match wise highlights are appended below. 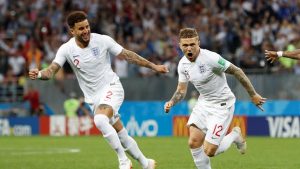 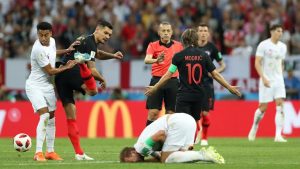 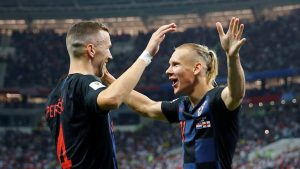 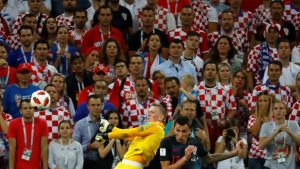 Croatia deserved that. Once they equalized, they took control. Luka Modric outstanding, Ivan Perisic a menace, and Mario Mandzukic scores another big goal. England will regret not scoring when on top early, but they completely lost their shape, the more time elapsed.

Modric will get the attention and Mandzukic will get the winning goal legendary status….But in the end, Ivan Perisic was so marvelous and Croatia #1 hero on the day. #ENGCRO #CROENG

Wasn’t to be tonight but I’m still very proud of #England and what they’ve achieved in this #WorldCup Reaching a World Cup Semi Final and happy to see Harry Maguire and Kieran Trippier scoring their first WC goals.

Mario Mandzukic is the only player ever to score in Champions League finals for two clubs and in the last four of the World Cup.

Ohhhh Mario Mandzukic he wears the magic hat, it could of went to pens but he said nah fuck that, he scored a fucking belter an sent England home, get it up you England it’s no coming home! ??

Not saying England didn’t do really well or anything, and it was a great success, but it’s when you see people getting “england world cup winners 2018” tattooed on themselves and commenting “it’s coming home” on every post, you just want to rub their faces in the dirt.

Join allsportspk on 14th July, Saturday for the third place playoff between England and Belgium.