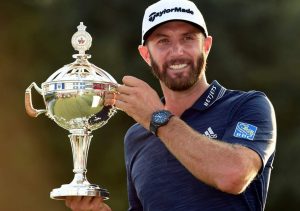 Dustin Johnson won the Canadian Open and retained his top position in the Men’s Golf Rankings.

Some of the significant upgrades were of Webb Simpson and Patrick Cantlay who are now placed at 21st and 26th position respectively.