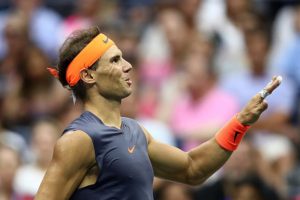 Rafael Nadal retired out in the semi-final of the US Open against Del Potro, and is still placed at the top of the rankings. Meanwhile, Novak Djokovic, who won the Wimbledon in July, repeated his excellent form to win the US Open 2018, and jump three ranks up to the 3rd position.

Also, Juan Martin Del Potro lost the final of the US Open and is now placed at the 4th position. Some of the significant upgrades were of Marin Cilic, Dominic Thiem and Kei Nishikori who are now placed at 6th, 8th and 12th place respectively.