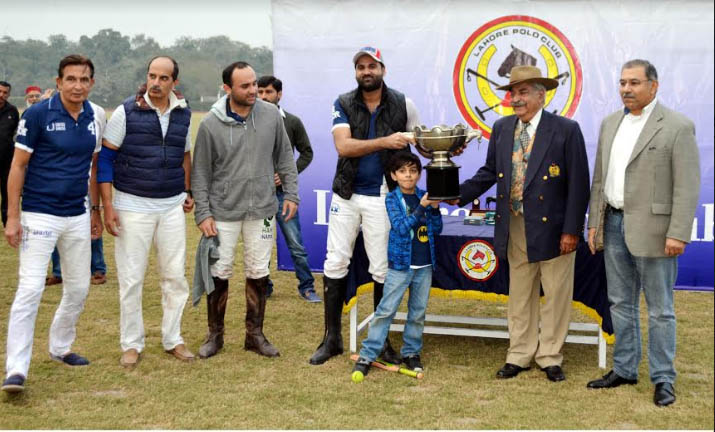 Hissam played outstanding polo and slammed in superb six goals while the match-winning goal was pumped in by Azam Hayat Noon to steer United Snacks to a nail-biting victory. From the losing side, in-form Bilal Haye fired fabulous five goals and Ahmed Ali Tiwana one but their efforts couldn’t bear fruit for Honda Chenab.

The fourth and decisive chukker was all about United Snacks who stamped their authority and banged in brilliant three goals – all the three came from splendid Hissam – to level the score at 6-6. No more goal was scored and the final entered the sudden death chukker. It was Azam Hayat Noon who hammered a match-winning goal to steer United Snacks to title triumph.

The field umpires of the match were Saqib Khan Khakwani and Raja Arslan Najeeb.