Sports is considered to be a binding force for peoples of all faiths, cultures and ethnicity.  Unfortunately not so much in the present world and especially the Subcontinent. In another such negative episode, India has delayed, moreover refused visa’s to Pakistani players and thereby forced Pakistan Squash Federation to withdraw its players from participating in the 19th Asian Senior Squash Championship scheduled to be held in Chennai, India from 25th to 30th April 2017.

According to Pakistan Squash Federation’s officials, the Indian embassy in Islamabad had not issued the visas till 24th April, thereby, due to the travel logistics involved it was impossible for the Pakistan team to reach Chennai till the 27th April. Thus, they had decided to withdraw. PSF elaborated that they had applied for the visas on 17th March, and several reminders had been forwarded.

Allsportspk tried but was unsuccessful in being able to get through to relevant officials of Indian embassy in Islamabad or the Asian Squash Federation.

The players which were to participate in the tournament included: Farhan Mehboob, Farhan Zaman, Tayyab Aslam and Waqar Mehboob.

In view of this, PSF took a stance of raising their concerns at the highest levels of World Squash Federation and also at the Government level. In connection to this, already the Pakistan’s foreign office summoned the official of Indian High Commission to express its deep concern. 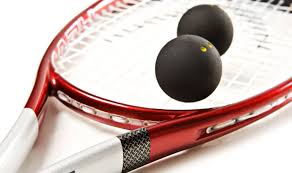 It’s worth mentioning here that Pakistan is the defending champion of the event. Historically, ASF was formed at the suggestion of Pakistan and the First Meeting of Squash Playing Nations of Asia was held in Karachi on 29 November, 1980.The Founder Members were Bahrain, Bangladesh, Malaysia, Pakistan, Philippines, Singapore and Thailand. The meeting chose Pakistan to provide the first President of the ASF and the Headquarters and Secretariat.

In interest of healthy sports environment it is important for World Squash Federation to ensure that host nations must issue visas to all participating countries in time and politics should not be allowed to deprive one nation or the other from participating in sporting events.