JAMAICA: Pakistan had bowled the hosts out for 152 in the second innings leaving them a target of only 32 runs to win on the last day. Having lost two early wickets with the score in single digit was not a very convincing start and neither to achieve such a small target to win.  However, the respite and win was prestigiously rendered by the captain Misbahul Haq who hit two successive sixes to give Pakistan the victory. 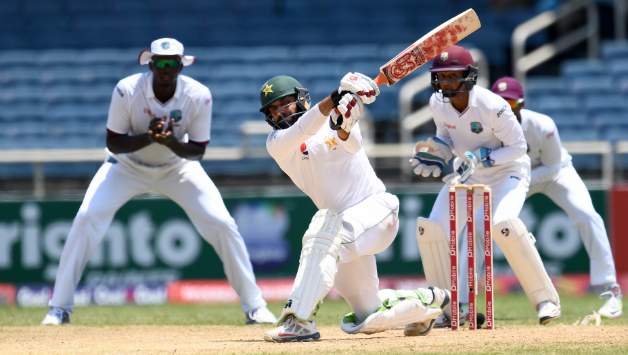 Earlier, in the second innings West Indies were dismissed for only 152 after resuming on 93 for four. Yasir Shah was the match-winner as the Leg-spinner took 6 wickets for 63 runs.

With this win Pakistan leads the three Test match series 1-0.The second match starts on Sunday in Bridgetown, Barbados.