Portugal were in the lead in the 1st half, but the score was equalised by Costa at the 55th minute. After that Nacho scored and put Spaniards in the lead.

But, it was Cristiano Ronaldo’s day as he scored a hat-trick off a free kick to equalise the scoreboard. The final result was a draw by 3 – 3. 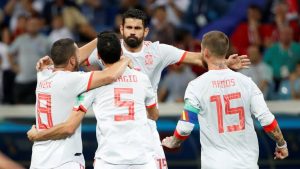 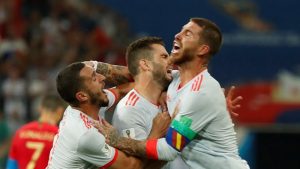 ‘It was at this moment Nacho knew… he had hit a rocket’ pic.twitter.com/h4tASpFBF9

Diego Costa does it himself to pull Spain level! pic.twitter.com/7hoyfaHEyj

Finally the #WorldCup2018 is here What a game! @Cristiano this guy ??

GEEEEEEEEEZ
Hats off to Ronaldo, even as a Messi fan ?

okay ronaldo is a king I change my opinion

Cristiano Ronaldo is now the OLDEST player in football HISTORY to score a hatrick in the World Cup (33 years and 4 months). pic.twitter.com/7MeJY33Xs2