South African batsman and one of the most inspiring cricketers of all time AB de Villiers announced his retirement from international cricket as he conveyed his message of retirement through Twitter.

De Villiers made this big decision and he conveyed it to the world in a video which he posted on Twitter.

In the retirement video, he said that after playing 78 T20, 220 ODIs, and 114 Test matches, he honestly says that he is feeling tired and thinks that his turns over now.

After spending more than a decade playing cricket, the 34-year old batsman saw it fit to finally hang his boots and put an end to his amazing 14-year career.

AB de Villiers also said that it was a very tough decision for him. He said that after performing at the highest level in this sport and climbing the peak several times, he wants to retire.

The South African batsman also said that his retirement doesn’t mean that he will be earning somewhere else. He said that he was running out of gas and was feeling that it’s the appropriate time to move on.

Everyone was expecting that AB de Villiers will at least play the 2019 World Cup but his retirement video shocked everybody in the cricket world. 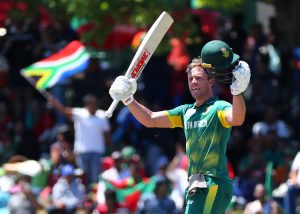