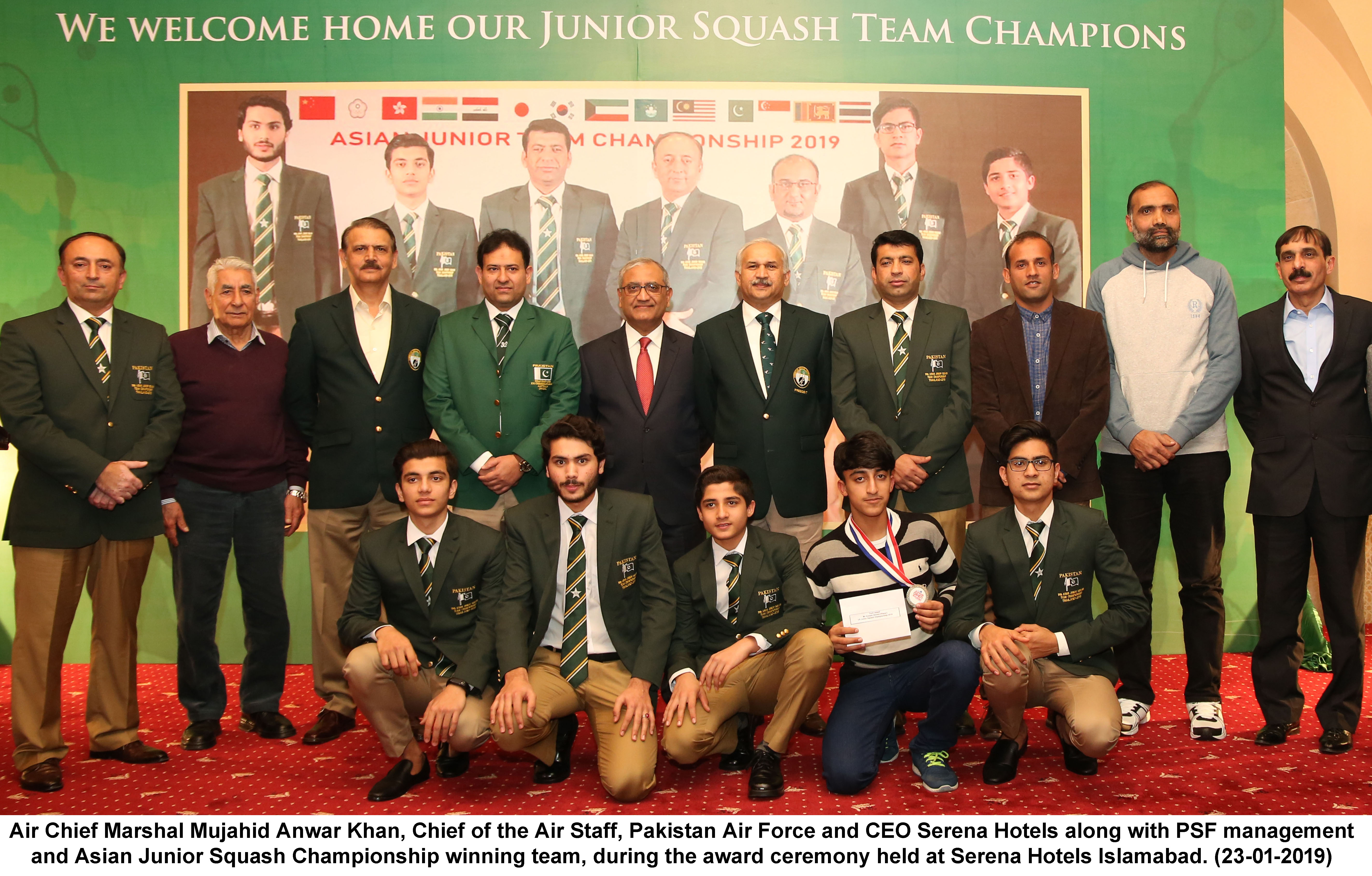 Addressing at the occasion, the Air Chief said that “we are proud of our young players who brought laurels to the country by winning the prestigious championship.” He added that “the last two years remained great for the Pakistan Squash as we won a total of 58 medals including 27 Gold, 13 Silver and 18 Bronze medals at national and international levels. He appreciated the hard work put in by the coaching staff for providing international standard training and coaching facilities to the young players. He also lauded the efforts of Pakistan Squash Federation in making concerted efforts for bringing back the lost glory in the game of Squash.