In case, you missed the highlights of the first match click here. 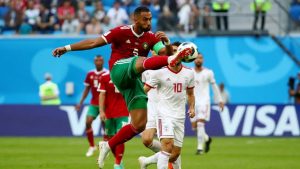 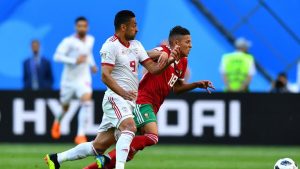 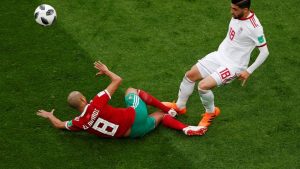 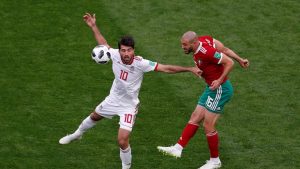 Morocco did all the running, created most chances, had more possession and even scored the goal.

Say what you want about how bad you feel for Aziz Bouhaddouz’s own goal and how this loss to Iran pretty much ends any hope for Morocco to get out of Group B but that WAS a tidy finish.

So Morocco didn’t vote for SA to host the World Cup in 2010.
They refused to host AFCON because of Ebola fears in 2015 only to host the Club World Cup later that year.
They then lost their 2026 World Cup hosting bid.
Now they’ve lost their opening #WorldCup match. pic.twitter.com/uJmbH4BjIz 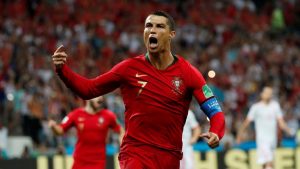 Diego Costa does it himself to pull Spain level! pic.twitter.com/7hoyfaHEyj 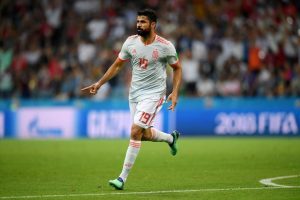 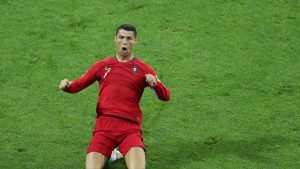 Another one for Diego Costa!

Spain’s training-ground free kick ends up in the back of the net thanks to Busquets and Costa. ?? pic.twitter.com/lpEVcJALe5 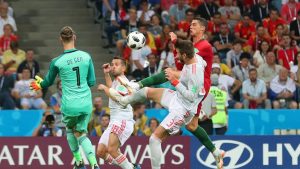 At 33 years and 131 days old, Cristiano Ronaldo is the oldest player with a hat trick at the #WorldCup. #Greatness pic.twitter.com/4WWMSF1Mnq

For all my homies who haven’t seen the Nacho goal…..

And for all my homies who wanna see it again….. #PORESP https://t.co/UgSsSrUJVx

1998 – Nacho is the first Spanish ?? defender to score from outside the box in the World Cup ? since Fernando Hierro in June 1998 v Nigeria ??. Golazo.#WorldCup pic.twitter.com/FzL2bmhZdy

The capital of Spain really rules the world.