These are the last eight matches of Champions League, Group stage Match Day 4 of 6. The highlights are appended below: 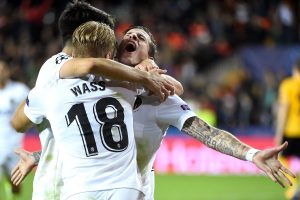 Santi Mina has scored his first goal for Valencia at the Mestalla Stadium since February.

His 256-day home drought is over. pic.twitter.com/0jPNdce9eS

? A night to remember! Santi Mina’s first ever #UCL goals give Valencia a 2-1 lead at the Mestalla ⚽️⚽️ pic.twitter.com/pafkCoSpo4

Well after the Valencia result we basically have to win tonight to stand a proper chance of getting through. Massive massive game #mufc

Deserved and much needed win for Valencia at Mestalla. I’ll be speaking about Marcelino’s men with @SemraHunter and the team at LaLiga TV tomorrow. ?

Great and much needed win for my Valencia boys in the #ChampionsLeague hoping this now this revitalises our season and we can now kick on #Amunt #AmuntValencia ?? 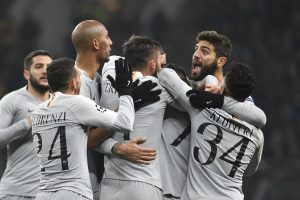 A massive three points! Lorenzo Pellegrini wins it for us, after Sigurdsson had cancelled out Manolas’s opener. Forza Roma! ? pic.twitter.com/g2CXnaaGEp

56’: Magnusson sent off for CSKA Moscow ?

Roma win away from home!

Grazie Roma, it wasn’t a pretty win but it was needed. Big performances from Kluivert/Pellegrini/Manolas and Nzonzi. Almost qualified for the latter stages with two games left, didn’t expect that after the Real Madrid humbling #CskaRoma #AsRoma

It’s bitter disappointment. CSKA got level nice and early in the 2nd…then came the red card minutes later. It’s frustrating as Roma played the game perfectly… only the 2nd win on the road in 8 years for Roma…it was the right Tip I just rue bad luck. -£20 ?? https://t.co/Ce79Ov5nEq 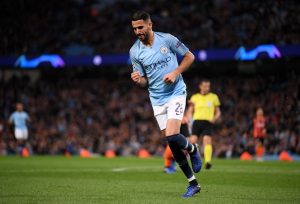 People of the greatest club in the world, Chelsea, unfortunately this coming Sunday, we’ll have to support this farmers team Manchester United, to beat Manchester city, so that we can go top of the table!

Outstanding in both boxes. pic.twitter.com/yBZuMnmLjN

“They offer nothing to the game”

After Raheem Sterling won Manchester City a controversial penalty against Shakhtar Donetsk, Craig Bellamy thinks UEFA should get rid of the extra official who stands behind the goal. #TheDebate pic.twitter.com/pCmKtLZQdM

The hypocrisy of some Man City fans is brazen. It is one thing to disagree with the rules, and to lobby for them to be changed. It quite another to publicly state that you will comply while allegedly cheating on an industrial scale. https://t.co/zCptv4Cpfx

That Manchester City penalty. Should Raheem Sterling not have told the referee he tripped himself up? Suppose that kind of honesty is difficult when your club is owned by Abu Dhabi… #MCISHKhttps://t.co/MmolUyxOKZ 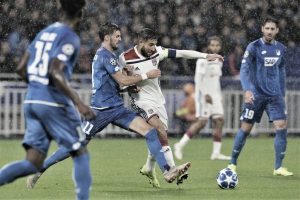 On my timeline, the French football tweets are not happy again. In terms of how #Lyon still can’t hold a lead, regardless of competition. #OLTSG #Hoffenheim #TSG #UCL #ChampionsLeague

Moment of the night for me:

Alas this is true….did Juve, Ajax and Lyon to win and also the 3 games to draw on another line….?

For the next 4 Champions League matches of today, move on the next page!