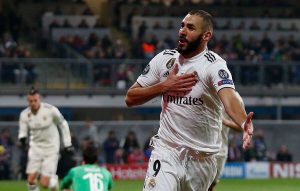 Q: Is Real Madrid’s crisis over?

Solari: “You don’t know Real Madrid, do you? Real Madrid is in a permanent crisis, even when we win the Champions League.”

Tonight was just ????for us #juve #Realmadrid #man-u fans cause tonight was a win win situation #Cr7 got his goal #man-u made it through last 16 and #Madrid came back to life…????am not complaining 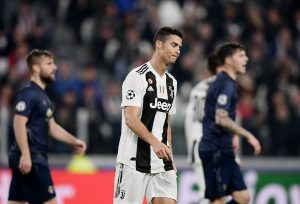 Jose Mourinho strolls out onto the pitch in Turin & goads the Juventus fans by putting his hand to his ear. Leonardo Bonucci has a go at him. Mourinho escorted off the pitch. Amazing late comeback win for Manchester United at Juventus #MUFC #JUVMUN #Juve pic.twitter.com/pq2ekNJmeY

Welcome to the next instalment of the Man United late late show. pic.twitter.com/EBo8PZDyvA

WE LOVE UNITED WE DO! #mufc pic.twitter.com/gRuWj0SLoW

Jose Mourinho has got the Juventus fans and players rattled at full time! ??

He’s enjoyed that one A LOT! ? pic.twitter.com/Gcmuyd3sDo

Juventus have been unbeaten this season in all competitions until who rock up in Turin? Manchester United. Boom.

Jose Mourinho on his post-match celebration: “In a beautiful Italian city they insulted me for 90 minutes, I didn’t insult them, I just made a little thing. I respect Juventus, I respect their players, their manager. I’m really really proud of my boys.” pic.twitter.com/lRpiYC8rgS 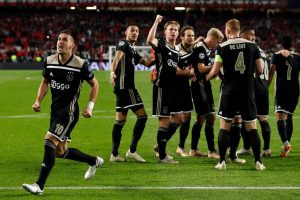 #Ajax equalize away to #Benfica. Great ball over the top by Hakim Ziyech to pick out the run of Dusan Tadic, whose shot just about crept over the line to make it 1-1.#SLBAJA #UCL pic.twitter.com/49dJoV5OfB

Trouble between Ajax fans and police away at Benfica tonight pic.twitter.com/Nb7GCk07tD 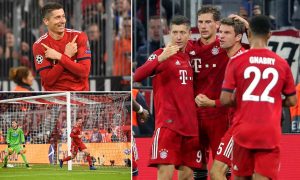 Robert Lewandowski scored either side of half time as Bayern Munich moved one step closer to the Champions League knockout stages https://t.co/eQMr8XuXMi pic.twitter.com/JmWRq1yy0D

Wins for both Manchester clubs tonight, plus wins for Bayern Munich & Real Madrid as well as a draw between Benfica & Ajax, and here endeth Matchday 4 ⚽️ #UCL