These are the 7th and 8th matches of Champions League, Round of 16, Leg 1 of 2. The highlights are appended below: 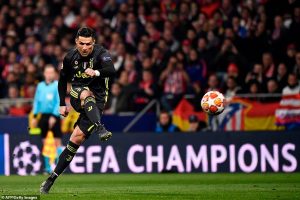 Juventus: We signed Ronaldo to win the Champions League.

Simeone and his Viking Warriors ?? pic.twitter.com/5keN1i0V0d

Ronaldo signing was supposed to help Juventus win the Champions League. Instead, deflects the ball into his own net to leave them right on the brink in the last-16.

For the people who think that juventus will win the champions league now that they have Ronaldo ??? pic.twitter.com/EtrpOy2frY

Dawg what is this pathetic performance from a team like Juventus ? pic.twitter.com/MVL4xIJrvv 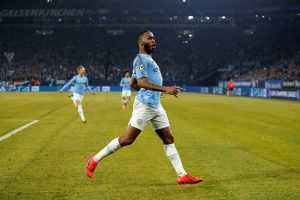 I’m sorry but is this Manchester City only good for Premier league? I’m disappointed tho I’m an Arsenal fan #bbcfootball #bbcfootball

Manchester City, down to 10 men, shown real guts and determination there to turn that tie around. Credit where it is due, that was fucking superb. Any other premier league club will be getting spunked over right now by the media.

Sane and Sterling strike late on as ten-man Manchester City fight back to beat Schalke in five-goal thriller – https://t.co/O8e4rjdkB1

Comeback
City fought back to win 3-2 in a dramatic encounter in Germany, in the first leg of their Champions League last-16 tie

Manchester City are only the second team in Champions League history to win a match after going down to 10 men whilst behind ? pic.twitter.com/UFmw2BfpBt

Schalke leads Manchester City 2-1 at halftime on a pair of penalty-kick goals.

The only other team with 2 penalty-kick goals in the first half of a Champions League game was Barcelona on April 3, 2012 in the quarterfinals against AC Milan (Lionel Messi scored both goals). pic.twitter.com/qVjfymZVek

Manchester City boast the best pass accuracy in this season’s Champions League (89.9%), while Schalke have the worst of all teams to reach the knockout phase (77.8%).