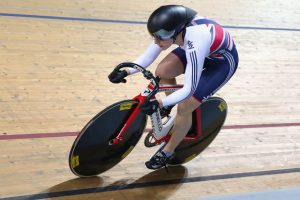 According to her lawyer, Jess Varnish’s case against British Cycling and UK Sport is to be heard at Manchester Employment Tribunal one week from now.

The 28-year-old cyclist was dropped from British Cycling’s first class program in 2016 and claims unjustifiable dismissal.

The court will consider if, as a competitor in receipt of UK Sport financing, she was independently employed or an employee.

Should it be decided that Jess Varnish was a representative, the gatherings would reconvene for a council in 2019.

The meeting will happen from 10-17 December.

Jess Varnish was excluded following the 2016 Track Cycling World Championships in London, after the two-woman, two-rider group run squad she was a part of did not meet all requirements for the Rio Olympics.

She asserted sex discrimination against Shane Sutton, at that point the specialized executive of British Cycling, who was found to have utilized chauvinist dialect towards her.

Sutton resigned however was later cleared of eight of nine charges.

@JessVarnish What are athletes – hired hands, mercenaries, in a gladiatorial stable? Their role is to win but also to represent an ethos that is sporting and honourable not simply cutthroat. A certain insecuruty is healthy but commitment needs to be rewarded in kind.

Interested to see #uksport trying to blacken @JessVarnish name. Articles appearing saying she is to blame for cuts in funding if she wins. I wonder who pushed for those? If she wins it’s because they should have already been doing all these things.