Netherlands moved a rank up in the Men’s Nationwise cycling rankings while UK broke into the Top 5 ranks replacing Spain. Slovakia gained a substantial lead on Poland and is now placed below Slovakia at the 14th position. 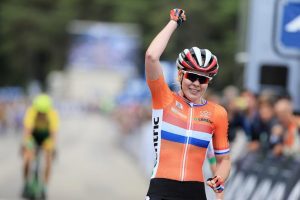 Majerus Christine dipped down 5 ranks and was replaced by Guarnier Megan who is placed 13th in the women’s individual cycling rankings.