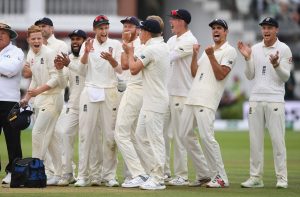 Ben Stokes was again discarded as England named an unaltered 13-man squad for the third Test against India at Trent Bridge, where a win would allow them to secure the ongoing Test series by 3-0.

We have named an unchanged squad for the third Specsavers Test match against India.

The Englishman’s progressing trial on a charge of affray in Bristol is the main reason as to why he was dropped once again from the English Test squad.

And although, his replacement Chris Woakes, proved to be a right combination with both bat and ball, Stokes is still an advantage that England cricket do not have at the present time.

#ENGvIND England Selectors have named an unchanged 13man squad for the 3rd Test vs India at Trent Bridge starting on Saturday.@ECB_cricket will make an assessment of @benstokes38 availability after the trial in Bristol has concluded @BCCI @NBT_Sports @NBTLucknow @sandhyatimes4u

In regards to his exclusion from the Test team, the English Cricket Board (ECB) said:

On the other hand, India have now lost four of their six Tests in 2018, with their two wins coming off against South Africa, and one win against Afghanistan, a test which was played in India.

By naming a similar squad, England held uncapped Essex paceman Jamie Porter and off-spinner Moeen Ali, both of whom passed up a great opportunity for a place in the XI that played at Lord’s.