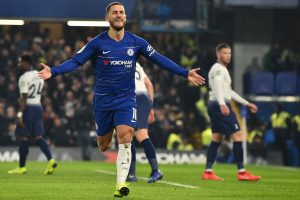 Tottenham record in their last 6 semi-finals:

David Luiz puts Chelsea through to the final #CHETOT pic.twitter.com/2bF4XzJXyJ

46 – Chelsea have lost none of the 46 games (all comps) in which Eden Hazard has scored in at Stamford Bridge (P46 W39 D7 L0). Charm. pic.twitter.com/gjjAAvIVED

Chelsea haven’t lost any of the 46 games (all comps) in which Eden Hazard has scored in at Stamford Bridge.