“Excuse me, Sir, can I see your *diving* licence?”@StefTsitsipas may have lost to Denis Kudla today at the #GerryWeberOpen, but he once again stole the show…#TeamMouratogloupic.twitter.com/5vqYpbHADS 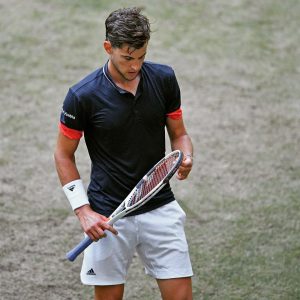 What was your reaction to @sugitayuichi88‘s stunning victory over Dominic Thiem today at the #GerryWeberOpen?

.@sugitayuichi88 recorded his second Top 10 win to upset Dominic Thiem at the @GERRYWEBERWORLD. ?

Roger Federer is the only top 15 still alive in the middle of the 2nd round.

congratulations @LukaszKubot @marcelomelo83 on your win today and thank you for taking pictures with me afterwards, it really made my day ??? looking forward to watching your next matches!

Do join allsportspk to see the highlights of the 6th day of Halle Open 2018.