A total of 1 match was held today in the ongoing Hockey Champions Trophy ’18,  between – Pakistan Vs Belgium. 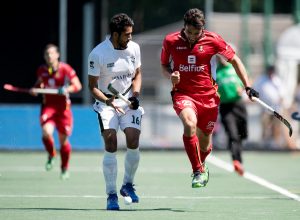 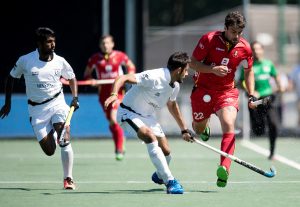 This defeat took Pakistan back to the last position in the points table and hockey fans were disappointed with the poor display by the green shirts.

Was Pakistan hockey team’s victory against Argentina a fluke? Today Belgium beat them,Pak lost 4 of its 5 matches in Champions trophy, what PHF is doing to restore Pakistan pride?

If Farhan and Raju were asked to tell position of Pakistan in Hockey Champions Trophy 2018
there response would be
“Nichay say check kr nichay say..”

We Aren’t the same team we used to be… Ofcourse….! Don’t Know Pakistan Hockey Could Ever Rise to That calibre Again!

Pakistan v Belgium 2:4 Field hockey has been messed up as spectator sport at least for me playing on turf rather than grass and writing a new rules book The European teams had a hard time beating us on grass and with the off side & ‘obstructed’ rules intact

Get mickey arthur to coach pakistan hockey team..they look such a tired bunch of players..no life in their legs @hockey

#Pakistan 2 : #Belgium 4 #GreenShirts fought hard. Were in lead twice. However lost the plot in Q4 vs world no 3 side & with it the match. This defeat ends outside chance of playing the #Bronze_Medal match for #MenInGreen in #HCT2018 – The last #ChampionsTrophyHockey #Hockey