The first two matches of the International Champions Cup 2018 were played today. The match wise highlights are appended below the points table. 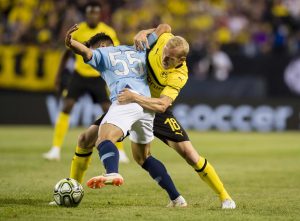 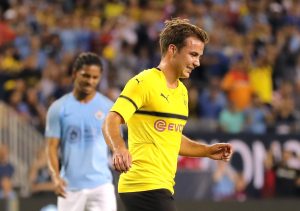 Hitz with a good save to send Dortmund with a deserved 1-0 lead into the half time break. #mcfcbvb pic.twitter.com/XhgrIU4x4w

HALF TIME | Down at the break by way of a penalty…

45 minutes to get one back! #mancity 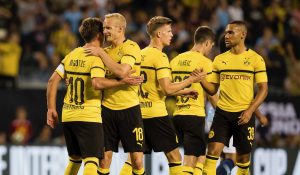 For Match highlights of the 2nd match of the International Champions Cup 2018, between Bayern Munich and PSG move on to the next page!