This is the first match of of Serie A, Match Day 12 of 38. The highlights are appended below the points table.

Serie A – Match 1 of 10: Frosinone vs Fiorentina 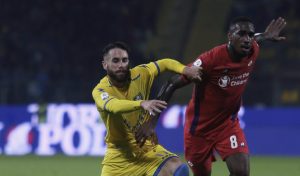