These are the next 7 matches of Match Day 2 of 38. The highlights are appended below the points table. In case, you missed the first two matches click here.

What a fantastic volley from Antenucci to give SPAL the win against Parma.

It’s been a fantastic start to the season for Mohamed Fares! Two starts and two wins for Spal in Serie A have given them maximum points so far. Hopefully he will be playing for Algeria again soon. ???? pic.twitter.com/bkLpCD96ug

@spalferrara win their opening 2 Serie A games for only the second time in their history. The first time came way back in the 1959/60 season. It’s also back to back clean sheets. Impressive start #SPAL #SpalParma #SerieA 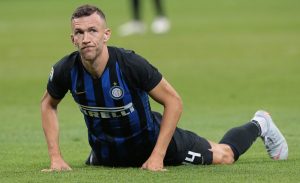 Full-time: Inter Milan 2-2 Torino.@Inter_en were held to a 2-2 draw by Torino after they failed to protect their 2 nil lead. Milan is yet to register a win this season #SerieA pic.twitter.com/rUTOyO0Omq

If I was Steven Zhang, I would be having a lot of visitors in my office over the next few days. This pressure is really not needed @inter. Especially considering we will more than likely get a very tough draw in the UCL.

Useless team…U deserve to play in seria B… How can u draw this match…. From 2 nil up….
U will loose your next 3 games… USELESS TEAM…

The way things are looking @inter will be lucky to draw with Torino. There is no where to hide, for Spalletti or the players. 15 minutes to find the win. Only option.

Match 5 of 10: Fiorentina vs Chievo 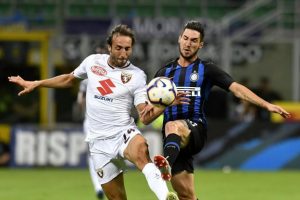 Marco Simeone’s son and Enrico Chiesa’s son have both scored tonight for Fiorentina and I am officially 104 years old.

Fiorentina hit 6 in Serie A for the 1st time since the Batistuta days! It’s been a long 12 years since they recorded a 6-4 win over Padova at the Artemio Franchi. Claudio Ranieri led the likes of Toldo, Schwarz, Rui Costa & Batistuta that day #FiorentinaChievo #Fiorentina #SerieA

By the way, if you extrapolate this result a bit, it’s pretty clear that Fiorentina are going to win Serie A by a country mile on goal difference. If you’re looking for a Serie A team to support, jump on the wagon now.

Match 6 of 10: Cagliari vs Sassuolo 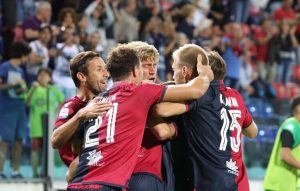 Cagliari have scored 2 goals on 1 occasions, never going on to score a third. (last 10 Serie A matches)… https://t.co/dEy5xBX2B5

For the last three matches of today, go to the next page!