These are the first 4 matches of of Serie A, Match Day 11 of 38. The highlights are appended below the points table. 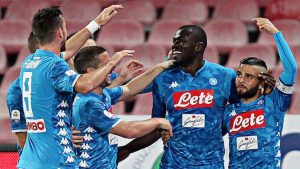 We asked for a clinical performance and we got it. Shaky in defense at times but effective on goal. Next up PSG in Naples. #ForzaNapoliSempre ?⚽? pic.twitter.com/2tHr5hAgdW

We asked for a clinical performance and we got it. Shaky in defense at times but effective on goal. Next up PSG in Naples. #ForzaNapoliSempre ?⚽? pic.twitter.com/2tHr5hAgdW 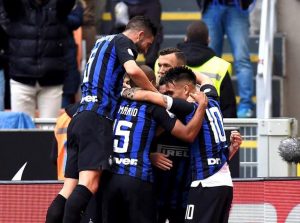 The same three teams have been atop La Liga for six years. What’s the point of continuing this domestic farce?

In Germany, it’s newsworthy only when Bayern or Dortmund don’t win the Bundesliga.

In Italy, Juve, Inter, Milan and Roma have won every Serie A title this century.

#SerieA #InterMilan notched their seventh successive league win as two goals from Roberto #Gagliardini helped them thump mid-table Genoa 5-0 at San Siro.
Midfielder Joao Mario, previously out of favor this season, also played a key role as he set up three goals and scored one…

▪️ Joao Mario with two assist in the first half for @Inter as Gagliardini and Politano have scored the goals.

▪️Inter heading towards their 6th straight home win against Genoa 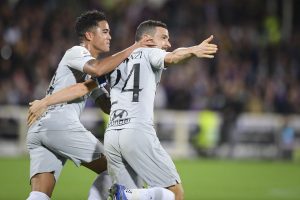 You can’t really blame var for the penalty that Fiorentina got and the handball in the Juve game both decisions where the fault of the referees.

Retweet if Alessandro Florenzi was your #ASRoma @QatarAirways Man of the Match against Fiorentina pic.twitter.com/A9hXOkTAct

If Roma score a second then that’s great, but a draw doesn’t really help them get back in the top 4 race and probably saves EDF’s job

Draw in Fiore-Roma great result for Milan. Win against Udinese and we good to take an L vs. Juve next week. 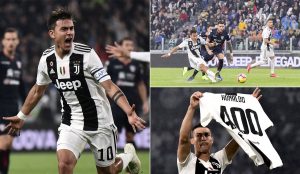 The Allianz Stadium erupted when Cristiano tried to score an overhead kick. The Juventini massively applaud him for his effort. An ovation 7 months back paved the way for Juventus to sign him.

Cristiano Ronaldo showing the shirt given by Juventus for his 400 league goals. pic.twitter.com/cz4UX78ber