These are the first 4 matches of LaLiga, Match Day 11 of 38. The highlights are appended below the points table. 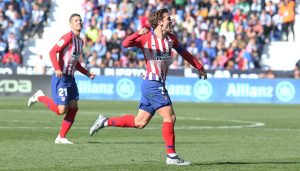 6 – Among teams with at least 11 games played in the top-5 european leagues 2018/19, @Inter have conceded the fewest goals (six, alongside Atlético Madrid). Amala.#InterGenoa

Antoine Griezmann scores a superb free kick, but it was Guido Carrillo who stole the show with his late equaliser for Leganes to prevent Atletico Madrid from going top of #LaLiga.#LeganésAtleti https://t.co/QVQBhtz2qB 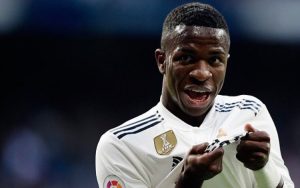 ?️ Santiago Solari: “Real Madrid needed the win. In a tough moment, it can be hard to win well and the game was a real challenge, tight, and scrappy, with a lot of counters. The boys were focused today, driven right up until the end.” pic.twitter.com/6T8tPyzOvJ

“I think both options could be important for Real Madrid”

Real Madrid found two new heroes today and they came in a shape of an 18 year old prodigy and 21 year old debutant in the La Liga. Thank you Vinicius jr @vini11Oficial and Sergio Reguilón @sergio_regui #HalaMadrid

? Girona look solid in possession with Bernardo and Pons performing particularly well so far in thwarting Valencia’s attacks. Doumbia however is isolates & has already given away several cheap, cheap, cheap fouls

#Valencia still looking for their 1st home win of the season, with Guedes and Santi Mina back in XI…#Girona aim to extend their record away from home – 7 matches unbeaten – the best in #LaLiga currently, but without Super Stuani, Portu, Lozano…#ValenciaGirona 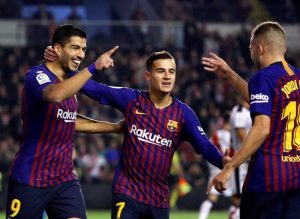 Luis Suárez saves the day for Barcelona as they come from behind to win it in the final minutes. pic.twitter.com/5h0hDPvQlk

Philippe Coutinho has been looking like a shadow of his former self since his transfer to Barcelona last January, doesn’t look to have adapted fully nor has he stepped up to make up for Messi’s absence. £142m down the drain for Barcelona so far.

Breaking World Cup 2018 – Senegal Vs Colombia: And the Winner...