These are the next three matches of of Serie A, Match Day 8 of 38. The highlights are appended below the points table. 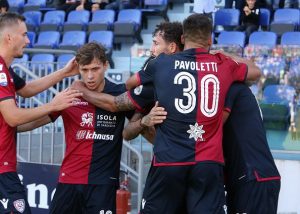 Thanks for the tickets @CagliariCalcio, best atmosphere I’ve ever experienced at a football match, amazing supporters! Cagliari winning 2-0 was a great bonus, even though I only got to see the second goal. You definitely got a new fan today! Thank you so much! pic.twitter.com/RgQUFWRmFk

Full time in Cagliari as the hosts beat Bologna 2-0!

▪Leonardo Pavoletti gets his 3rd Serie A ⚽ of the season

▪❌ Bologna still without an away win this campaign 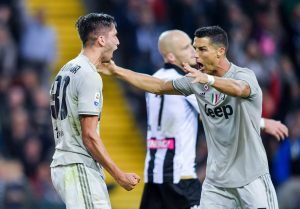 It’s not a coincidence that Juventus has 10 straight wins outta 10 games since they bought the best player in the World.

Mister @OfficialAllegri ‘s Juventus are now the first ever Juventus side to win ? consecutive games at the start of the season.
[all competitions included]

Meanwhile @Cristiano scored one goal for Juventus today in a win against Udinese. An important goal for him #CristianoRonaldo #Juventus 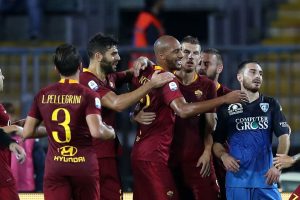 85′ | @EdDzeko wins the initial flick-on for El Shaarawy, who slips the ball back to him inside the box – and the striker evades the defenders brilliantly before shooting beyond Terracciano! YES!

It wasn’t pretty, especially at the end, but good win, and clean sheet.
Both Pellegrini boys were great, Santon is our best defender, and Nzonzi was the best player on the pitch

This sort of scrappy wins are the ones that have never come easily for Roma. Terrible performance but I’m content.