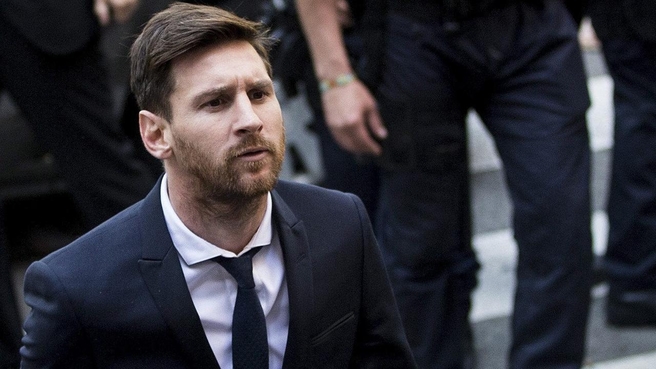 MADRID: The 21-month jail punishment and €2.09 million-euro fine levied on Lionel Messi and his father for tax fraud was confirmed by Spain’s Supreme Court. The verdict came to the appeal which was filed months ago by Messi months. A sentence expected to be suspended as it is a common practice in Spain for first offences related to non-violent crimes carrying a sentence of less than two years.

The convicted son and father appealed to the Supreme Court, taking into account that the football star had paid the defrauded money back to the tax authorities. During the trial, Messi had reasoned that as to his finances he had full trust in his father and “knew nothing” about the management of his wealth. However, the Supreme Court reasoned that he would have known about his responsibility to pay taxes on the income which he earns from image rights.

In July 2016, the Argentina star along with his father Jorge Horacio Messi were found guilty of using companies in Britain, Belize, Switzerland and Uruguay to evade paying taxes on Messi’s income worth €4.16 million earned during 2007-09. This was the income related to the stars image right deals with Adidas, Danone, Kuwait Food Company Procter & Gamble and Pepsi-Cola