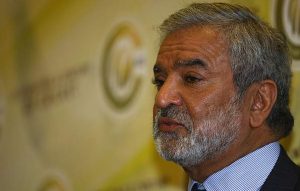 I have appointed Ehsan Mani as Chairman PCB. He brings vast and valuable experience to the job. He represented PCB in the ICC; was Treasurer ICC for 3 yrs and then headed the ICC for another 3 yrs.

However, a little latter the PM twitted again and stated that Mr. Mani has been made member of PCB Board of Governors who will elect a chairman.

We will follow the set procedure which entails my nominating him on the PCB Board of Governors. He may then contest elections for the position of Chairman PCB. https://t.co/kYZOnnMUFg

Imran Khan, who is likewise a benefactor of the PCB, has made this choice after Najam Sethi resigned from his position after serving the post for over than a year.

Extremely grateful to @ImranKhanPTI for the opportunity, Inshallah we will take Pakistan cricket to greater heights in Naya Pakistan.

Ehsan Mani is a wellknown prospect in worldwide cricket, as he had served as the head of the International Cricket Council (ICC) for 3 years. After his appointment, Mani said:

I want to improve Pakistan cricket on the grassroots level. We will enhance the domestic structure as according to PM Imran’s vision,” he said. “PM wants Pakistan cricket top on the international level.

3) In 1996 Elected as Chairman of the ICC Finance and Marketing Committee.