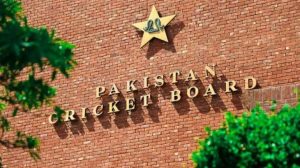 Former ICC president Ehsan Mani steps closer to being formally elected PCB chairman, after the election commissioner called a special meeting of the Board of Governors (BoG) on September 4 in Lahore.

A majority of six out of 10 voting members of the BoG would be required to elect the chairman, but given Mani was appointed to the post last week by the prime minister of Pakistan, he is more than likely to be elected unanimously.

Imran Khan, the former Pakistan captain, was elected the country’s prime minister this month and appointed Mani to the post hours after Najam Sethi resigned from it on August 21. Mani staying in the post was dependent on an election process, but that remains a formality.

The prime minister is the patron of the board, and, as per its constitution, can change the PCB chairman if he so desires. Sethi is known to have a poor relationship with Imran Khan, meaning his position became untenable.

A newly elected chairman will have a three-year term starting from the day he is elected. Apart from Mani, the prime minister had also put Asad Ali Khan on the BoG, as his second direct nominee, replacing the previous patron’s second nominee Arif Ejaz, who’d also resigned from the role.

In all, only nine members of the BoG will be voting on September 4 since one seat is currently vacant. Mani and Asad Ali Khan aside, the BoG includes four representatives of regional associations – FATA, Lahore, Quetta and Sialkot (currently vacant due to an adhoc cricket administration in the region) – and four representatives of services organisations – WAPDA, SSGC, HBL and KRL, who replaced the now-defunct UBL. An official from an inter-provincial government body acts as an ex-officio, non-voting 11th member.

The chairman shall be eligible for re-election for one further term of three years, provided that the total tenure of the person as chairman does not in any case exceed six years.