This is the next six matches of the Premier League, Match Day 20 of 38. The match highlights and the top 10 teams points table is included.

Match 1 of 10: Wolves vs Crystal Palace 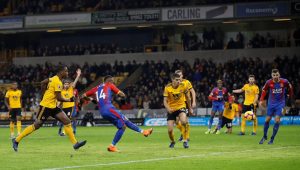 This is only United 3rd clean sheet in the Premier League this season, the other 2 were against Burnley and Crystal Palace. 4 wins out of 4 for Olé? he needed those games before the first real test against Spurs away in 11 days. Amazing how things have changed. #mufc

You come and thrash Tottenham 3 and Crystal palace comes at your hme and hangs you . wats your purpose in life #WOLCRY #PremierLeague

Jordan Ayew has become the first Crystal Palace striker (can we call him that?) to score from open play in the Premier League since 30th January last year #cpfc

Match 2 of 10: Chelsea vs Southampton 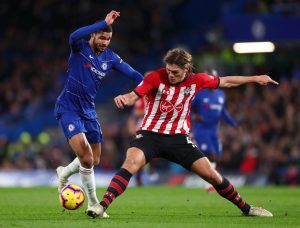 An impressive defensive display from the visitors sees Ralph Hasenhuttl’s side pick up a valuable point#CHESOU pic.twitter.com/78owVSveTM

No @SouthamptonFC goalkeeper’s made more in a game this season
?? pic.twitter.com/RqdCbA8gvf

Premier League teams with more wins than losses this season

Chelsea have failed to score in consecutive Premier League home games for the first time under Maurizio Sarri.

It could be a busy transfer window at the Bridge. ? pic.twitter.com/CdT3vgbLcf

We start our Defence of the FA Cup on the Weekend against Notts Forest #CFC @ChelseaFC #PL @premierleague pic.twitter.com/vQjAuHT2r3

Whether you follow U.S. national soccer or it’s best players at all or not, this transfer to Chelsea FC is pretty cool for the young man @cpulisic_10 from Hershey, Penn. Congrats! #PremierLeague pic.twitter.com/ZAGh5QQeAK

Match 3 of 10: Bournemouth vs Watford 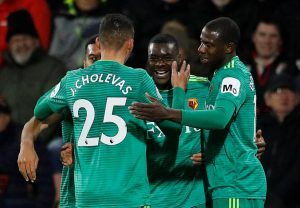 It’s unbeaten away from home in that spell, and lots of goals scored (12) and a fair share conceded (10).

Overall, a good festive period (for once). #watfordfc

The sides share six first-half goals, four of them coming in the space of six breathless minutes#BOUWAT pic.twitter.com/JqvR6ewh0T