These are the first two matches of the Premier League, Match Day 27 of 38. The match highlights and the top 10 teams points table is included. 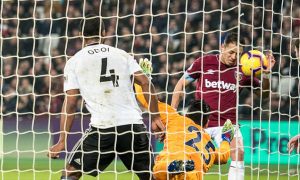 Fulham have taken just two points from their last 15 away games in the Premier League (D2, L13), and are the only top-flight side without an away win this season. pic.twitter.com/TaaOy9b2Aa

Fulham have now conceded 60 @premierleague goals this season, more than any other side in Europe’s top 5 Leagues. pic.twitter.com/Ubin3FCuVH

West Ham vs Fulham: TV channel, live stream, squad news & preview – https://t.co/9i4M1d4iBb
Claudio Ranieri’s side have a desperate need for points as they visit the London Stadium on Friday in Premier League action

West Ham play host to Fulham at the London Stadium in a de… pic.twitter.com/4aQjXxDrU1

“That, in a nutshell, that is why (Ranieri’s) team is where they are.”

Match 2 of 10: Cardiff City vs Watford 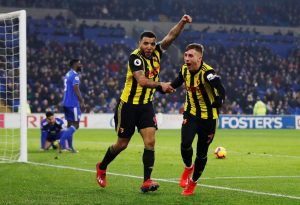 • First player to score a Premier League hat-trick for Watford

A hat-trick of pub quiz gold for Gerard Deulofeu. ? pic.twitter.com/USPFWNjlry

FT scores in the Premier League:

The Gerard Deulofeu show! The Hornets’ attacker scores a phenomenal hat-trick and Troy Deeney grabs a brace to send their side 7th in the #PL#CARWAT pic.twitter.com/PCrdYItLTo

Everton settle dispute with Watford over Silva: The two clubs have “reached an amicable agreement” with respect to the latter’s complaints to the Premier League over what they deemed to be an illegal approach for Marco Silva. https://t.co/Z8QbY9UaQx pic.twitter.com/yjvV6dQbWe